SNS falls in poll following the scandal of plagiarism suspicions

Non-parliamentary parties rise in two polls carried out in the first half of November.

Two non-parliamentary parties, Spolu (Together) and Progresívne Slovensko (Progressive Slovakia) would make it to parliament if the parliamentary election was held in early November.

While the former would receive 5 percent of the vote, the latter would be supported by 5.3 percent of voters, as stems from the poll carried out by the Focus agency on 1,012 respondents between November 7 and 14.

Unlike the new parties, the strongest parliamentary party Smer would drop by 1.5 percentage points compared with the September Focus poll. It would receive only 20.9 percent of the vote, as reported by the Sme daily. 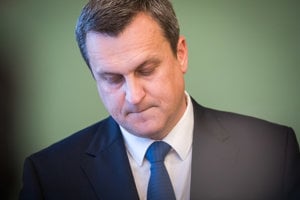 Second would be the opposition Freedom and Solidarity (SaS) with 12 percent, followed by the far-right People’s Party – Our Slovakia (ĽSNS) with 9.8 percent, the Ordinary People and Independent Personalities (OĽaNO) movement with 9.5 percent, and Sme Rodina (We Are Family) of Boris Kollár with 8.1 percent.

Another coalition party, the Slovak National Party (SNS), would lose support following the scandal over the doctoral dissertation of its chair Andrej Danko. While in September it would have received 9.2 percent, in November only 8 percent of respondents would cast a ballot for it, Sme wrote.

Also the non-parliamentary Christian Democratic Movement (KDH) would make it to parliament with 7.7 percent, followed by the coalition Most-Híd party with 5.9 percent.

Following the November 10 municipal elections, the AKO pollster also surveyed the preferences of the voters. The elections would be won by Smer with 23.9 percent, followed by the SaS with 16.1 percent and Sme Rodina with 10.4 percent, according to a phone poll carried out between November 13 and 15 on 1,000 respondents. 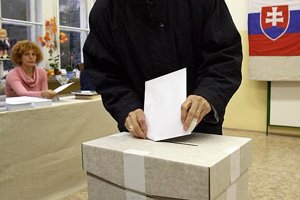 The SNS dropped slightly in the poll. While in October it would have received 10.2 percent, in mid-November it would be supported by only 9.2 percent of the vote, Sme reported.

OĽaNO would garner 8.1 percent in the AKO poll, while the ĽSNS would win the support of 7.8 percent. The coalition Most-Híd would be chosen by 6.1 percent of voters, while the KDH would receive 5.9 percent and Progressive Slovakia 5 percent.

Spolu would remain outside the parliamentary doors with 4.2 percent of the vote, Sme wrote.