European Parliament has mixed feelings about Slovakia after Kuciak’s murder

Members of the European Parliament appreciated that the murderers have been arrested, but pointed out that people who ordered the murders are still unknown. 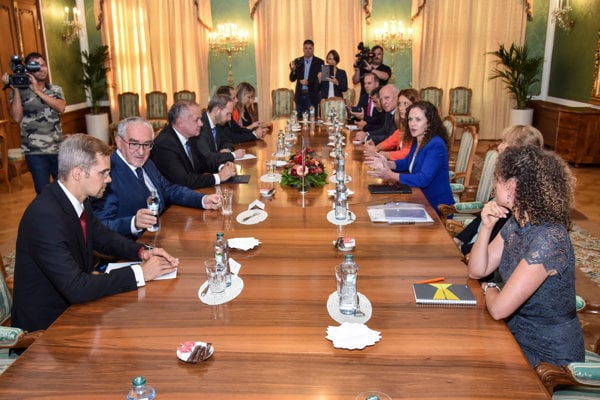 The European Parliament’s delegation had “mixed feelings” about Slovakia during its September visit, concerning the state of investigation of journalist Ján Kuciak’s murder.

Although it welcomed the efforts to improve the system for electing the Police Corps president and Constitutional Court judges, the delegation’s head MEP Sophie In't Veldt pointed to hostile attitudes towards journalists are still present. The recent statements of ex-PM Robert Fico even worsened the atmosphere, she said, as reported by the TASR newswire.

These findings were part of an extensive 43-page report on the situation in Slovakia and Malta following the murders of investigative journalists in both countries. Each delegation examined the progress made in the investigation as well as the state of the rule of law.

The report was discussed by the EP’s Committee on Civil Rights, Justice and Home Affairs on November 20.

Murderers of the journalists, who were working on corruption cases with links to politicians, have been detained in both countries although the ordering parties remain unknown, MEP Sophie In't Veldt said in the debate, as reported by TASR. 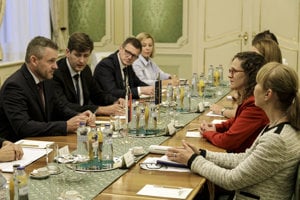 On 16 pages dedicated to the situation in Slovakia after Kuciak’s murder, the delegation also wrote that they are worried over the facts related to the abduction of a Vietnamese citizen or the unwillingness of Slovak institutions toward Germany’s motions regarding the Panama Papers on offshore entities.

The other half was written on Malta. Maltese MEP Roberta Metsol underlined that several Maltese ministers are in power although evidence has shown that they are involved in corruption. Politicians in Malta declined to meet the delegation.

“It’s dangerous if the European Parliament only includes their opinions in their reports,” said Slovak MEP Monika Beňová from Smer, when commenting on the report’s findings, as quoted by TASR.

Democratic principles and the rule of law are fully respected in Slovakia, and the report should not communicate assumptions, particularly those implying that the police and politicians have links to organised crime, she added.

“We are disinterested and independent,” responded In't Veldt, as quoted by TASR.

Beňová went on to say that there have been no attacks on journalists in Slovakia due to better media legislation compared with other EU member states. Though, she admitted the relationship of Fico with journalists is not good, TASR reported.

MEP József Nagy from Most-Híd said that Slovakia’s problems are similar to those in other countries, underlining changes that have been made within the government and the Police Corps.

Branislav Škripek from OĽaNO were sorry that the MEPs had to deal with the journalists’ murders, adding that Kuciak’s murder uncovered links between mafia and politicians.