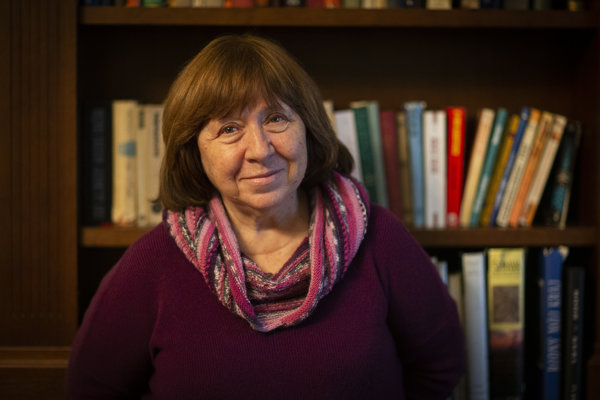 “We hope that this award will become a tradition and will enrich the ranks of Central Europeans who remind us of what we should protect and what we should share with the world,” said Beata Balogová, editor-in-chief of the Sme daily, who presented Alexievich with the award.

Alexievich was one of the participants in the Central European Forum held between November 16 and 19 in Bratislava, Banská Bystrica and Banská Štiavnica. Guests from Slovakia and abroad discussed the meaning of civil mobilisation in Europe and how to direct it towards the fight against populism and corruption, Sme wrote.

Critic of Russia and Belarus

Alexievich often criticises the situation in Belarus and Russia. Due to her critical attitudes towards the Russian invasion of Crimea, she has lost several friends. Her work in Belarus is published only by the opposition media.

“It is a kind of dictatorship in fancy clothes,” the writer said in an interview with Sme. “Society doesn’t have any influence.”

Alexievich shared in the interview that she has discovered a new link between herself and this country. The grave of her Ukrainian grandfather, who died in World War II, was found close to Zvolen (Banská Bystrica Region).