Slovakia moved up in the evaluation of tax payment systems. 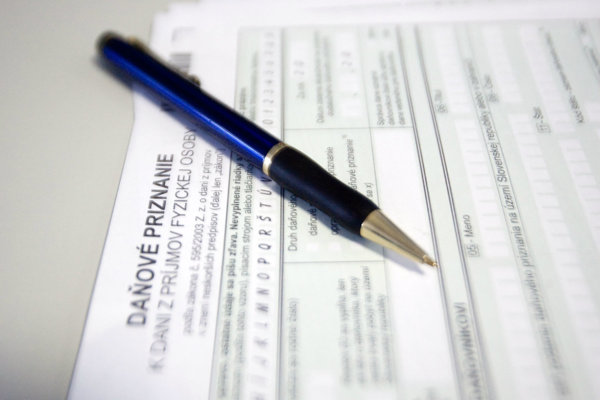 Slovakia took 48th place in the ranking for Paying Taxes 2019. It moved up by one position in comparison with last year, the TASR newswire reported.

The 10th highest tax burden within the EU and the European Free Trade Association countries negatively influenced Slovakia’s position in the ranking. Slovakia also lost its position as leader among the Visegrad Group (V4) countries. It was replaced by the Czech Republic which moved from 53rd to 45th position thanks to the shortening of the time it takes to fulfil tax liability there and a slight lowering of the tax and levy burden.

Slovakia improved its position by lowering the tax and levy burden by 1.9 percent, from 51.6 percent to 49.7 percent. Poland dropped by 18 positions to 69th place and Hungary scored 86th.

The distribution of the tax burden for work and income tax for an ordinary person in Slovakia is very uneven, according to Christiana Serugová, leader of the tax consultancy PwC Slovakia.

“Besides the continuous introduction of electronic devices in financial administration, lowering the tax and levy burden and simplifying the tax system would improve the overall ‘tax grade’ for Slovakia,” Serugová opined, as quoted by TASR.

Slovakia should take an example from the Baltic countries that are leading the ranking thanks to reforms and electronic systems in financial administration. To compare, while companies in Estonia need 50 hours to fulfil their tax duties, in Slovakia it is 192 hours, even though this is the least amount of time among all V4 countries. Ireland, Denmark and Finland are the most successful countries in the EU, research indicated.

“The comparison of our position with countries that scored in better positions thanks to reforms of financial administration and tax systems, such as Georgia, Azerbaijan, Macedonia and Moldova, is alarming,” Serugová noted, as quoted by TASR.

The ranking monitors the system of paying taxes in 190 countries compared to an example of a model company in home ownership in each country, according to the law valid at the end of 2017.

The ranking of the countries is based on four parameters – the overall tax and levy burden, the total time needed to fulfil tax and levy duties, the number of payments and the post-filing index that reflects processes when submitting tax returns.