A Slovak village in Austria

Slovaks look for the peace of the countryside in Kittsee, just across the border from Bratislava, stripping the village of its rural character in the process. 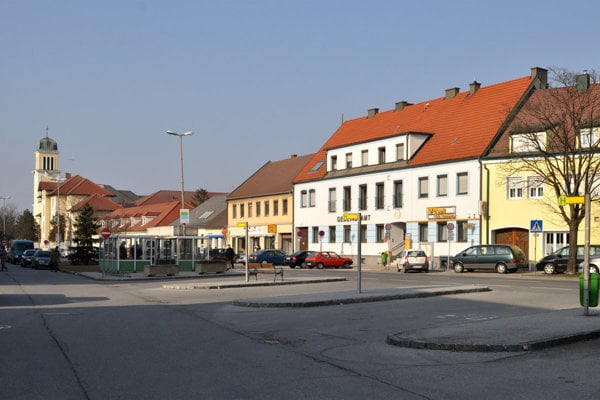 Kittsee, an Austrian village at the Slovak border, looks exactly like any other Austrian village. The streets are lined with one- or two-story houses, there is the occasional pensioner passing by on an old bike, and the main square is deserted on a weekday morning. But unlike most Austrian villages facing rural depopulation, Kittsee is growing massively. So much so that the small town is slowly reaching its limits.

There are currently 3,162 people living in the northeastern Austrian village of Kittsee. Compared to 2001, the population has almost doubled, slightly more than half of the people being Austrian, the rest mostly Slovak. Demographical data shows that the new inhabitants are mostly between 30-39 and 0-9 years old - young families are moving in.

In the last 10 years, more and more Slovaks have found Kittsee as the perfect alternative to the noise of the Slovak capital, with a good connection (the town has a bus and train connection and is next to a highway) and still the idyllic peace of a village. At the peak of the migration movement, newspapers across Austria wrote about well-integrated Slovaks becoming part of the Austrian community in Kittsee.

But now, the town is struggling, especially with the many families with young children coming in.

“Such a massive immigration was never the plan,” Jochen Schmid, from the department of regional planning at the technical university of Vienna, told The Slovak Spectator.

In the seventies and eighties, when Kittsee was a village attached to the Iron Curtain, with limited movement across the borders, all the abandoned wasteland of the region was reclassified as building land. Back then, nobody expected so many people to settle there, but it cleared the path for construction companies to buy land, build houses and offer them for cheap prices.