Enjoy a bit of culture around Slovak regions during the festive season, including stand-up comedy in English, music jamming, and a film about the coldest place in the world. 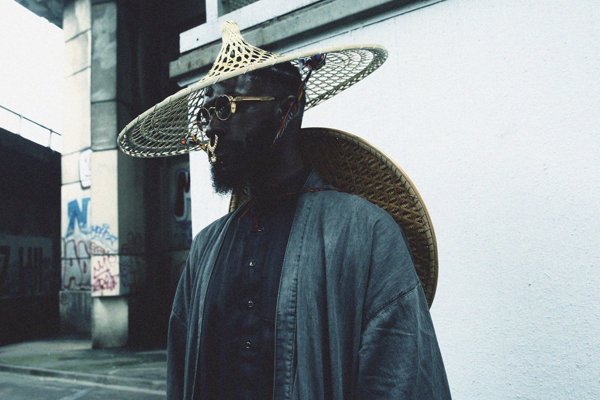 It is cold outside, and people are gathering in squares to drink mulled wine and Christmas punch, eat gingerbread, and buy hand-made Christmas presents . Yet, December is not just about Christmas. Culture never sleeps, not even in the freezing last month of 2018. Let's therefore set out for cultural trips around Slovakia.

Here is a sneak peek at what is to come in this article celebrating the best cultural events, listed by date, in December around Slovakia:

International evenings return to Nitra's Trafačka, a cosy café and gallery in one. This time, Italian and Spanish students, who have learned about Slovakia while studying here, will introduce their countries to the audience. They will tell you things about Italy and Spain you will not find in tourist guides. Do not forget to write down some questions for them, either. If you would love to go international outside Bratislava, this is the right opportunity.

The AFS civic organisation prepares a series of travelogues to help the locals get to know other cultures and bring the international community of Nitra together. For more information, click here. 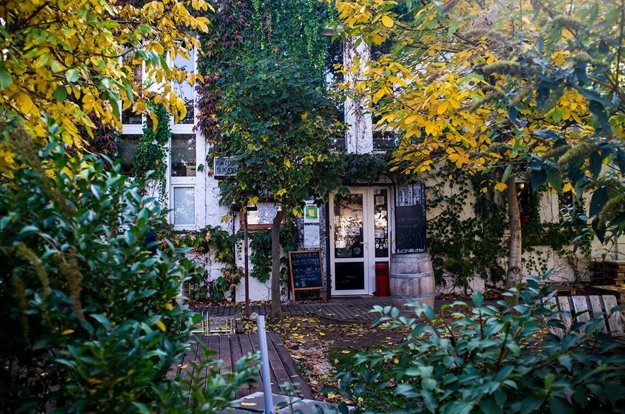 This December, Joke's on You, an English-speaking stand-up comedy crew based in Central Europe, will make people laugh out loud at a hipster pub, known as Zelený kríček, in Trnava. Get ready for great comics, jokes, and plenty of laughs. Or are you confident enough to show off yourself, like Nasi? Then, it's your time to shine. There are few stand-up shows in English around Slovakia, so do not miss out on the chance to be part of one before Christmas.

Not available December 5? Joke's on You is also bringing their open mic night to Košice on December 3 and to Bratislava on December 9. For more information on the Trnava show, click here.

The British unsigned singer-songwriter of Eritrean origin, Alxndr London, dropped his first EP A Long Time Ago, full of soul, electronica, and funk, in 2016. A year later, he put out another EP, titled Today. London is regarded as one of the rising stars on the British R&B and soul music scene. In 2018, his third, critically acclaimed, EP titled 2023 was released. His somewhat futuristic music is also influenced by Africa. London comes to Banská Bystrica for the first time to play a gig during the EMBARGO Festival. However, he plays his very first concert in Slovakia during the MEDZIHMLA literary festival at Tančiareň a pivovar Francz in Lučenec, central Slovakia, on December 8. For more information click here for Banská Bystrica and here for Lučenec.

Do you know what we celebrate on December 10? International Human Rights Day. EMBARGO Festival is all about democracy, which is constantly challenged and twisted though it still carries on. The world, shaped by various philosophies, may seem to be upside down. Are we living in a democratic world, or are we just pretending it is? If you want to find out what it means to believe in democracy, and what it will mean tomorrow and the day after, set out for a trip to Banská Bystrica to hear discussions but also experience films, exhibitions, theatre, and music.

The festival is organised within the FREIRAUM project funded by the Goethe-Institut Bratislava. Its culture section is supported by the Slovak Arts Council. For more information, click here. 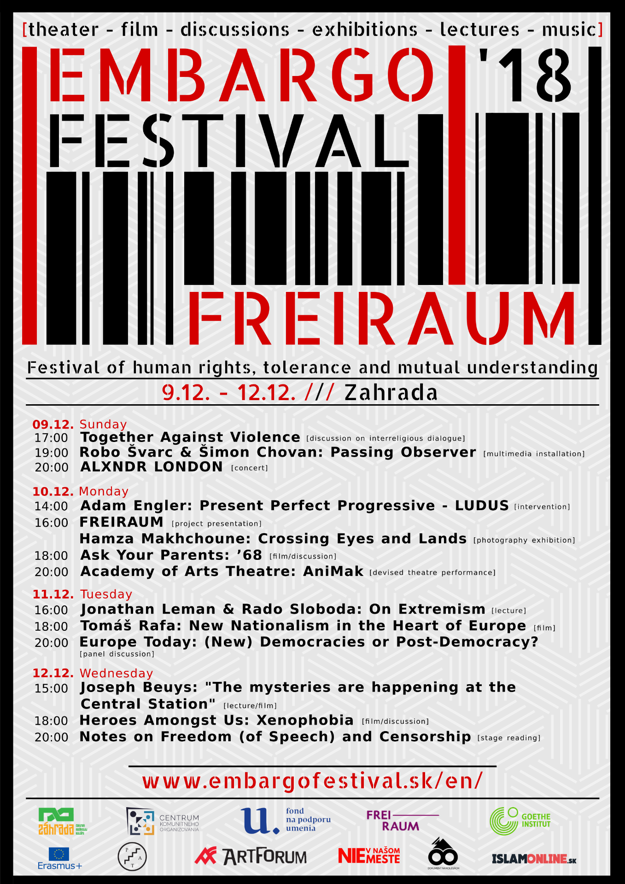 Over the Advent period, medieval craftsmen return to the oldest St. Nicholas Square of Trnava to sell passers-by their hand-made goods, unusual culinary specialties, and medieval Christmas punch. Craftsmen will also show visitors how they make their wares, such as candles, coins, and bows. A handmade and live Advent calendar will be all about theatre performances in Trnava. How about a medieval carousel powered only by human power? It will also be there, including domestic animals.

Besides this market, you can get in on the Christmas spirit at the traditional Christmas market on Trnava's Trojičné Square. 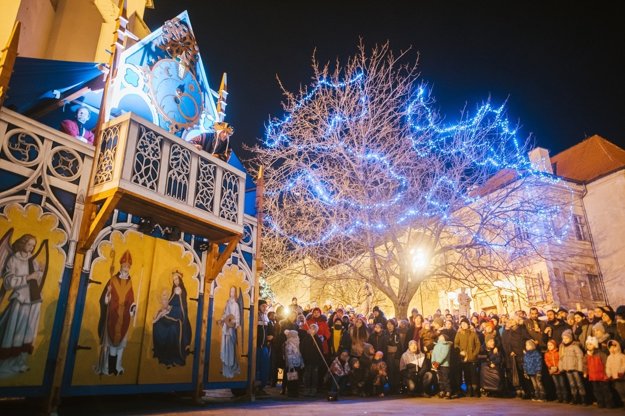 The second Friday of December belongs to snowboarders and freeskiers in Žilina, who regularly open the ski season in the Malá Fatra mountains. You can already look forward to acrobatic stunts by the participants, who will eventually end up in a huge inflatable stunt bag. Dance groups and hip-hop artists will warm you up in the cold December weather, and you can also stop by the Christmas market.

A group of young people decided to give a fresh twist to the local Christmas market in Trenčín, organising the market on a roof car park. Can you imagine? It sounds slightly dangerous, doesn’t it? Besides some delicious food, such as waffles, and drinks, you can also buy handmade products. Have you heard of Moon Socks from Slovakia? They are going to be there. Even if you have already bought your Christmas presents, you can still spend time with friends listening to current Slovak music and interviews with popular celebrities, such as the very popular youtuber Moma or young rapper Aless (if you want to improve your Slovak). Don't forget to visit Trenčín castle while you are there. 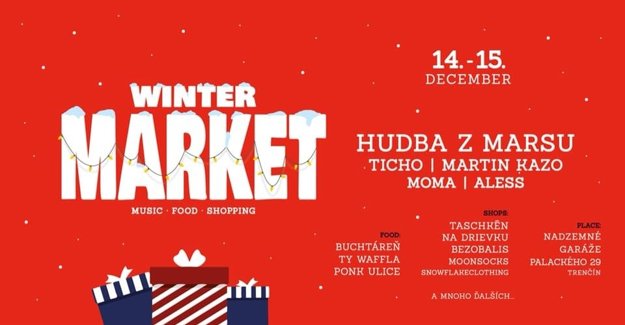 A short documentary on the coldest inhabited town of Oymyakon, Siberia, will be premiered in Košice. It tells the story of locals living in an isolated village in the north of Russia. Would you be able to live in a town where the lowest temperature once reached -71.2°C? The Slovak short documentary has even qualified for the 2019 Academy Awards in the USA, and it received support from Leonardo Dicaprio, as well.

Once you are done with the movie about cold Siberia, explore Košice in the magic of the Christmas atmosphere, the second largest city in Slovakia. It will surely not be as cold as in Oymyakon.

Let's call this a pre-Christmas FLAAM festival. If you want to enjoy great electronic music, engage in a pub quiz, or buy last-minute Christmas presents, get yourself a ticket for FLAAM. FVLCRVM is currently on WINNETOUR, and JIMMY PÉ has joined him. They will both come to Nitra to play for their fans at the festival. Also, SAYS, LUVVER, Phat Gruuv, and DJ TVOJA MAJKA i MOJ OTAC will play. You can even take part in the competition, which has just one goal - find the fastest Christmas supper eater. Get ready for a long but fun day and night.

Music Lab is the place to discover unknown musicians, and even join in. Not only undiscovered local artists from around Košice come together to jam and meet with one another to create new music spontaneously, but music fans are also welcome to enjoy these unique jam moments. You never know what the future holds. You may witness the rise of another Slovak music sensation, or another may discover your talent. So, take your musical instrument, or your music enthusiasm, and join the last music lab of this year. It is held once a month in Košice, and it is definitely a great opportunity to network. IMPORTANT! If you want to jam, send an e-mail to: info@musiclab.sk or write on Facebook.

Though this is the end of the top 10 list, there are more events around the country. Keep in mind that Christmas markets run throughout December, parties are held on St. Stephen's Day (December 26, or the day before) across the country and on New Year's Eve in bigger cities.