Political representatives expressed their sympathies with the bereaved. 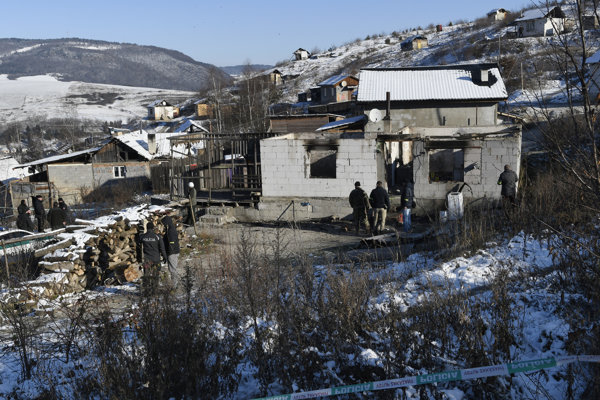 Five people, including four children, died in a fire that erupted in the village of Richnava (Košice Region) on November 30.

“One house in the local settlement was in flames; close to it five bodies were found,” said Lenka Ivanová, spokesperson for the regional police corps headquarters in Košice, as quoted by the TASR newswire, specifying that one person was aged 28, while the others were aged five, seven, eight and nine years.

The fire started shortly after 0300 in a four-room house, and caused the roof to collapse. Firefighters extinguished it after more than four hours, TASR reported.

“About 2,500 people live in the settlement where the fire erupted,” said Richnava Mayor Ivan Dunka, as quoted by TASR. “It was a brick house in which a mother and her four children lived. There has never been such a tragedy here.”

“Allow me to express my deep sympathy with all the bereaved,” said PM Peter Pellegrini (Smer), as quoted by TASR.

President Andrej Kiska issued a similar statement and added that the deaths could have been prevented.

“There are thousands of people living in the settlements in poverty,” he said, as quoted by TASR. “I’ve been pointing to the need to discuss this topic since being appointed president. We know the solutions and many have already been tested. But cutting the vicious circle of poverty requires courage and determination.”