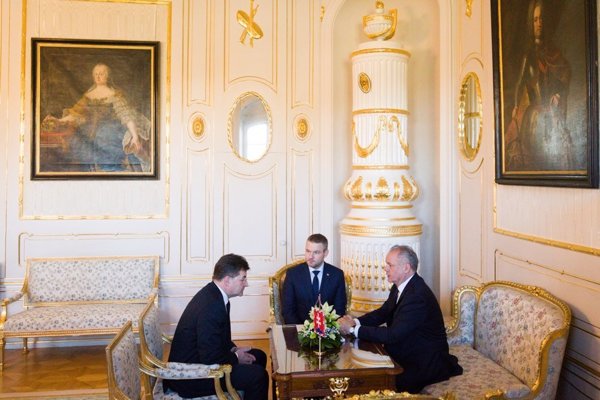 Slovakia will not have a representative at the December 10 UN meeting in Marrakesh where the Migration Compact will be signed.

Prime Minister Peter Pellegrini stated this as a final decision, given that the cabinet approved the parliamentary resolution about the Marrakesh Pact on December 5. At the same time, the prime minister indicated he will send a letter with Slovakia's comments on the document.

The Migration Compact has been at the centre of the conflict between the ruling coalition Smer and Slovak National Party (SNS) and the Smer-nominated Foreign Minister Miroslav Lajčák. The minister defended the compact and insisted Slovakia should have a representative in Marrakesh.

"I share the minister's opinion that Slovakia should be personally represented at the Marrakesh talks and I regret the government decided this way," President Andrej Kiska said.

Even though the minister submitted his resignation to President Andrej Kiska on November 30, he stays put for now.

Some observers have interpreted the cabinet's decision about sending a representative to Marrakesh as an expression of its confidence in Lajčák, but PM Pellegrini rejected such an interpretation.

"The cabinet's decision was not about Lajčák, but rather about the compact and the Marrakesh summit," Pellegrini said, adding that the cabinet expressed its disagreement with the international document.

The prime minister, the president, and foreign minister said they would take more time to continue their talks. In the meantime, Lajčák remains at the helm of Slovak diplomacy.

Lajčák stated that he respects Andrej Kiska's position and will carry out the duties of the Foreign Minister until the final decision is made.

Both Kiska and Pellegrini have expressed their wish to have Lajčák, an experienced top diplomat, as minister now that Slovakia is about to take over the OSCE presidency in Milano this week.