Christmas events in Slovak cities: A short guide for foreigners

Which city has the tallest Christmas tree and where can you go for eco-friendly Christmas markets? 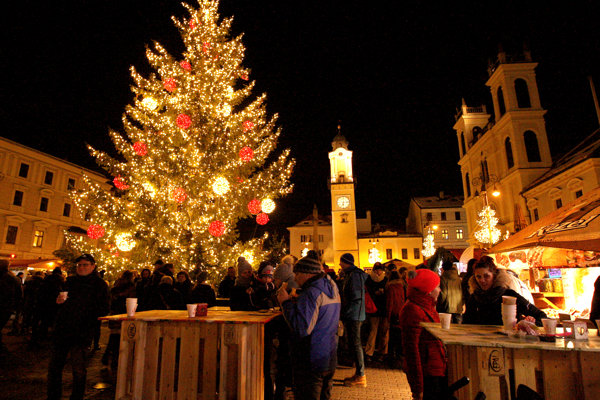 What should foreigners do when they find themselves in a Slovak city at Christmas time?

The Slovak Spectator has found which of the eight largest cities in Slovakia has the tallest Christmas tree, which Christmas markets are somewhat eco-friendly, and where it is possible to ice skate.

Christmas markets, the main happening in city centres around the country, have begun by now and are mostly running until the very last day before Christmas, December 23.

Listen to the podcast about Christmas markets in Slovakia:

A number of other events, however, take place throughout the Advent period. The largest regional cities – Trnava, Nitra, Trenčín, Žilina, Prešov, Banská Bystrica, and Košice - do not publish their Christmas programmes in English the way they do in Slovak, however.

That is why foreigners might not find out in time about the event held in Košice between December 20 and 22: carving of ice sculptures in the park near the Singing Fountain “with a thematic surprise as well as with a sport motif as the 2019 Ice Hockey World Championship draws near".

In Prešov, jazz legend and trumpeter Louis Armstrong – or at least his Slovak version – is performing on December 14.

"Just before Christmas Day, the residents of the city will also be able to experience an enchanting Christmas with Frank Sinatra, sung by the Ludo Kuruc Band," said Lenka Novotná, spokesperson for Prešov. A vintage LP store on wheels is driving through Prešov during the holidays.

In the past, women wearing white clothes appeared in the streets of Slovak villages on St. Lucia’s Day on December 13, going from house to house, sweeping out the corners of rooms to clean out the evil power with a whisk broom or a goose feather.

"This year, we devote ourselves to the witch name of Lucia," said Dominika Mojžišová, the Banská Bystrica spokesperson, adding that anyone can join the walking crowd in silence and with candles in hands. The event begins at Banská Bystrica's SNP Square, where Christmas carol melodies waft throughout December.

Bratislava, meanwhile, returns to its tradition of a Christmas tram riding from December 6 to December 30, every 30 minutes. The starting point is a specially decorated SND stop on Jesenského Jesenský Street.

"We recommend visiting the International Advent and Christmas Music Festival, which celebrates its 13th edition," said Bratislava spokesperson Zuzana Onufer. Choirs from Austria, the Czech Republic, Ireland, Romania, Belarus, Estonia, Poland, and the Republic of South Africa will perform in the Jesuit Church, at the Main Square and Klarisky Concert Hall (Konartenta Seni Klariska (Klarisky Concert Hall) between December 6 and 8.

Locals in Nitra are organising a night tour of the city on December 15. They will gather in the middle of Svätoplukovo Square. On December 12, people are invited to the same square to sing carols together. And anyone can join.

"The event's supposed to bring people down to the square to sing three carols together," said Tomáš Špánik from the culture department at Nitra Town Hall.

Trnava is organising a special night tour with a lantern, of a 143-step clock tower during the Christmas market, on Thursdays and Sundays at 17:30 and 19:00 in December. Reservation is required for the special tours, but the tower is open outside that time everyday.

Medieval Advent Markets are held in Trnava between December 14 and 16.

"A clock-based programme is prepared as well as a big Advent Calendar, out of which a group of artists comes out through a window once a day to perform," said Pavol Tomašovič, spokesperson for Trnava.

Apart from concerts in Trenčín, the biggest attraction will be a mapping light show on the façade of the Piarist Church on December 22. 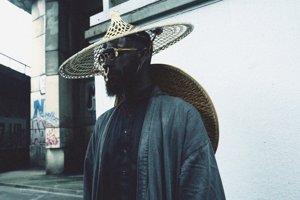 Christmas time typically comes with ice skating possibilities in the centres of some Slovak cities, free of charge.

"Trnava has its outdoor ice rink downtown, where you can rent skates, and ice skating is possible at an ice hockey stadium too," said Tomašovič.

An ice rink, with an ice skate rental, has been constructed in the centre of Žilina. Trenčín opened its outdoor ice rink on December 6. Skaters find it near the statue of Nix Valentín at Štúr Square.

In Bratislava, outdoor ice rinks are located at Hviezdoslavovo Square and in shopping centres Eurovea and River Park.

In Nitra, Prešov, and Banská Bystrica there is no outdoor ice-skating but people can go to ice hockey arenas to ice skate for an entry fee.

"It is a spruce located in the square and it measures 18 metres," said Mojžišová.

Trnava and Košice both have decorated pines in their centres, measuring 17 metres. The tall trees were donated to cities. Košice received its Christmas tree from a priest.

"We have placed one tree downtown, and it is a huge pine about 15 metres high," Erika Ságová, Trenčín spokesperson, told The Slovak Spectator. The tree has come from the garden of a local family.

A spruce of the same size can be also seen in Nitra and Žilina, where they have two decorated and lit spruces. In Prešov, there are several lit-up trees, but the highest is a 15-metre spruce.

Bratislava was the first city to light up its Christmas tree. It is a 14-metre spruce. 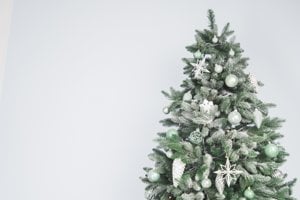 If you want to have a real Christmas tree, why not rent it? Read more

Foreigners visiting Slovakia might hit the language barrier, particularly when travelling outside the capital.

"Most vendors have the basics of English," said Špánik from Nitra.

Christmas market vendors pay increased attention to being able to communicate with foreigners, as their profits depend on it, said Mojžišová.

How much will cities spend on Christmas?

"A large selection of ceramics, products from wood, leather, metal, jewellery, decorations, or other thematic items, will be also available at the Christmas market," Mojžišová said.

Charity stands are part of the Christmas markets, but their numbers are significantly low.

"There are 31 stands, one of which is for charity," Špánik said to the Slovak Spectator. Žilina has prepared two stands for non-profit and charity organisations, out of 41 stands.

In total, Bratislava offers the highest number of Christmas market stands (99), in Františkánske Square and the Main Square, followed by Prešov (90) and Trnava (80). 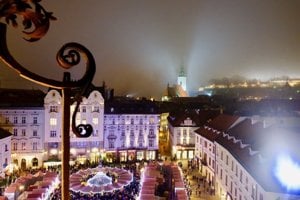 Bratislava: Where to go for mulled wine and Christmas presents? Read more

Bratislava introduced waste sorting at the Christmas markets two years ago, and it is currently looking for ways to reduce waste following the examples of cities abroad.

"We are currently looking for a suitable technical solution for the introduction of environmentally-friendly cups and dishes," Onufer told The Slovak Spectator.

Several like-minded cities can be found in Slovak regions, like Trnava:

"The novelty is the requirement for food retailers to use compostable dishes," said Tomašovič.

Žilina and Banská Bystrica have obliged Christmas market vendors to restrict or exclude plastic plates and cutlery, but they are planning to be stricter in the future, as they claimed for The Slovak Spectator.

Prešov just advised Christmas market vendors to use recyclable cups and plates, or even cutlery.

"Vendors are not making use of this option yet," Novotná admitted.