Bus on the Danube is closer to reality

Commuting from Hamuliakovo to Bratislava by water should take 25 minutes. 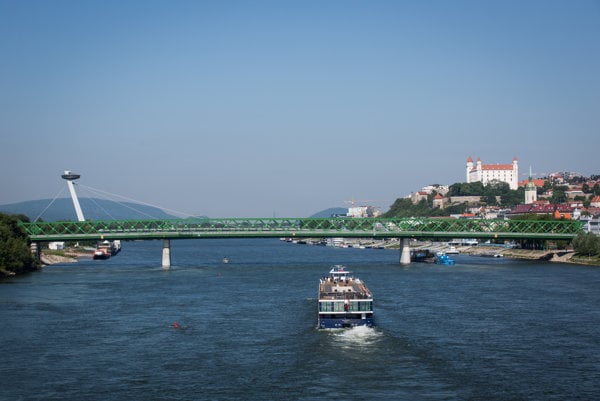 The possibility of commuting to Bratislava on the Danube River is closer to becoming a reality. The Ministry of Transport and Construction has signed a contract to finance a feasibility study of the Dunajbus water passenger transport project. If it materialises, it should take passengers about 25 minutes to travel via the Danube River from Hamuliakovo to Bratislava. Its main aim is to alleviate the overcrowded trains and roads to the capital from the southern direction. Based on the contract, €92,200 will be allocated from the EU operational programme Integrated Infrastructure for the feasibility study.

“Bratislava has the unique opportunity of using a water road for the transport of commuters to the capital,” said Transport Minister Arpád Érsek, as cited in the press release. “We still have work to do on this project, but with regards to its ecological trait and the critical transport situation it has my full support.”

Bad traffic and frequent traffic jams are long-term problems of the Bratislava region. An alternative in the form of a regular passenger transport on the Danube has been discussed for several years. 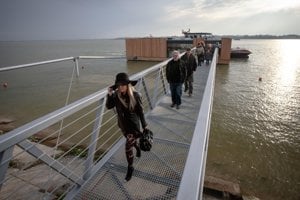 Read also:Boats on the Danube may speed up commuting to Bratislava Read more

About 20,000 cars travel per working day on the stretch between Bratislava and Šamorín, based on data from the Association of Municipalities for Local Transport on the Danube, Pro-Danubia, that is preparing the Dunajbus project. This leads to daily traffic jams during peak hours in the mornings and afternoons.

Pro-Danubia conducted a survey among locals in the summer of 2017. Its results indicate that about 6,000 people would use the public water transport, meaning a reduction in the number of cars on the roads of 1,500.

Seven catamarans securing the transport on the Danube should have capacity for 100 passengers. The association plans to add to the existing three ports of Šamorín, Hamuliakovo and Čunovo, six new ones: Kyselica, Vojka, Eurovea, Au Café, River Park and Devín.

The feasibility study should be completed in February 2019.

Thank you for singing up. Shortly an email will be sent to the address you provided to verify your e-mail.
Error! Please try to register again later, your e-mail was not registered.
Your email is not in a correct format.
Please confirm you are not a robot.
Share on Facebook (85)Comments disabled