A different kind of courage

A Slovak in the New World, an outdoorsman with scars to prove it, it was his first love that still made him weep. 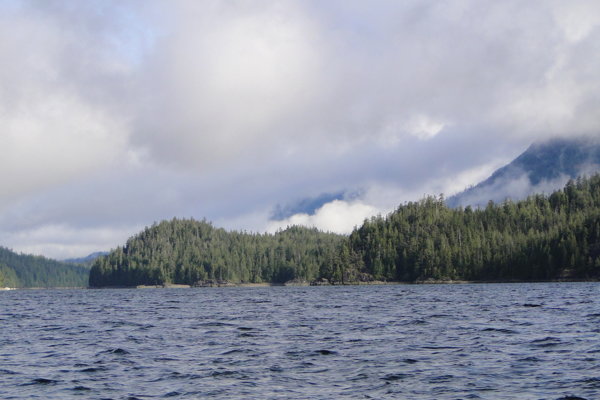 Vancouver Island resembles Slovakia in both obvious and subtle ways. It’s long and thin, and takes about 7 hours to drive end to end. Once you get through the populous part, the roads are virtually empty. And the remote, mountainous north (like, say, east of Detva) is inhabited by suspicious villagers whose habits are not quite our own.

Today I drove to the tiny logging town of Woss (pop. 200, including Nimkish Valley). Huddled beneath a railroad and wet, black cliffs, Woss was accessible only by sea until the 1960s. I lunched, entirely alone, at the ‘Lucky Logger’ pub, where my bill came to $19 and some change. I gave the bartender $25, with the comment ‘that’s fine’, by which I meant he should keep the extra as his tip. His brow wrinkled, perplexity competing with irritation, until he returned the $5 bill. As if I had handed him an egg. It’s not that he didn’t know what it was; he just didn’t know why I had given it to him.

Miro lives alone on a small acreage in a nearby town, Sayward. He grew up in Bratislava, on Koliba, but left in 1969 at the age of 15 with his family. His father, a radio announcer, had been fired for saying something undesirable on the air.