One of the most successful Slovak ice hockey players also entered the Hall of Fame. 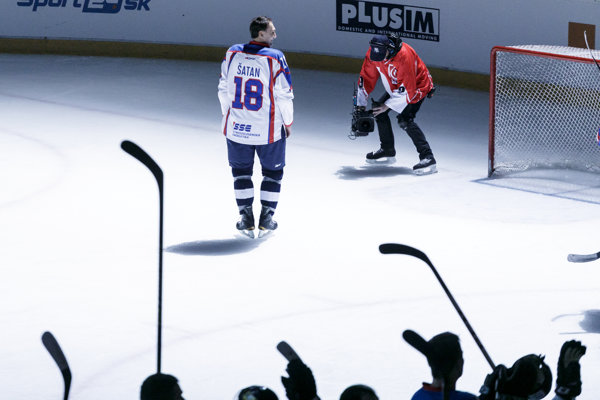 The “silent assassin”, the nickname for Miroslav Šatan, has symbolically bid farewell to his career. It ended with a unique exhibition match between two teams composed of the so-called “golden generation” players on December 18, starting at 18:00.

One third lasted a symbolic 18 minutes. 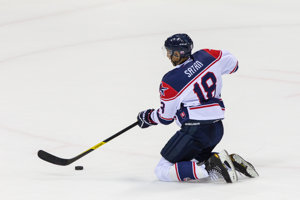 Czech goalkeeper Dominik Hašek opened the game, in which dozens of Šatan’s former teammates, with whom he represented Slovakia, appeared on the ice, like Ján Lašák, Ľubomír Višňovský, Peter Bondra, and Michal Handzuš.

“For me, the representation was always the greatest motivation, and I preferred to play with a double cross on my chest,” said Šatan, as quoted by the TASR newswire.

The Ondrej Nepela Ice Hockey Stadium was sold out during the game. The ticket price was a symbolic €18.

“It was one of the few games I did not want to win, but where I wanted to have a a great time,” said Šatan after the match, as quoted by TASR.

Šatan is the only player who earned all the three medals Slovakia managed to win during the Ice Hockey World Championship - Saint Petersburg (Silver, 2000), Goteburg (Gold, 2002) and Helsinki (Bronze, 2003). He scored altogether 81 goals on the Slovak representation team, Sme wrote.

He won the Stanley Cup in 2009 when playing for Pittsburgh Penguins. 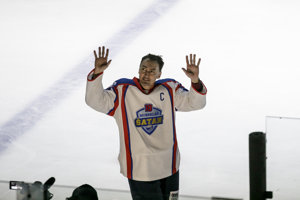 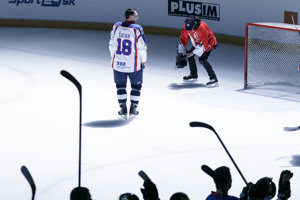 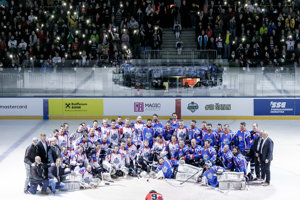 During the match, Šatan received great honours, due to being entered in the Hall of Fame by the Slovak Ice Hockey Federation (SZĽH).

“My entrance to the Hall of Fame is an honour,” said Šatan, as quoted by TASR. “My first coach in Topoľčany always told us that we will become hockey players only after we have played at least 50 games.”

Read more articles by the topic
This article is also related to other trending topics: Miroslav Šatan