Museum with worthy artworks moved out of Slovakia in silence

The Milan Dobeš Museum, exhibiting kinetic art, disappeared and its works relocated to the Czech Republic in 2017. 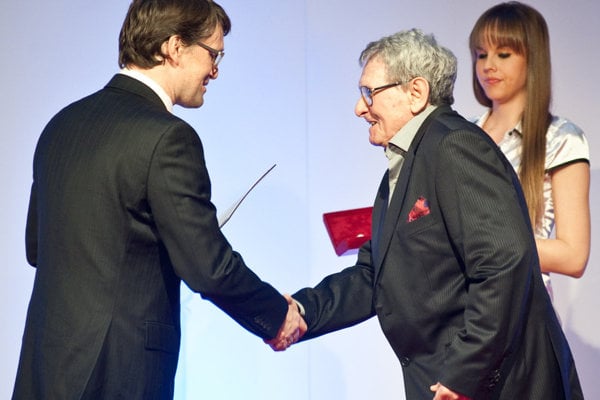 In the world of fine art, it is not that important where you exhibit, but with whom you exhibit.

The works of Milan Dobeš, the founder of kinetic art in Slovakia, hung in art galleries around the world alongside the world's most prominent artists of constructivism.

"He was lucky to be in the right place at the right time, but he would hardly have achieved it without talent and hard work," said Peter Sokol, art collector and Dobeš' personal friend, who founded the Milan Dobeš Museum in Bratislava in 2001.

However, you won't find the museum nor Dobeš' works in Bratislava today. They got quietly moved to the Czech Republic, avoiding media coverage.

In addition, Milan Dobeš, who turns 90 this summer, is planning to dedicate his archive and heritage to the Museum of Art in Olomouc, the Czech Republic. Slovakia will thus lose a valuable cultural heritage.

A native of Přerov, not far from Olomouc, Dobeš studied at the Academy of Fine Art and Design (VŠVÚ) in Bratislava during the 1950s. He organised his first solo exhibition at Bratislava's Youth Art Gallery (Galéria mladých) in 1958.

"He himself says it was a coincidence that he went out to the world in the 1960s," Sokol said about Dobeš' international beginnings. "The Union of Czechoslovak-Soviet Friendship had an exhibition hall at Wenceslas Square, where they were organising an exhibition, and invited Dobeš to exhibit."

At first, Dobeš thought they were teasing him as he was not creating much at that time, Sokol added.

"It was in Wenceslas Square during the tourist season where critics Frank Popper and Udo Kultermann discovered him," Sokol said. "In the 1960s, they were coming to Prague more often than to Bratislava."

From that moment on, Dobeš' career rose quickly. Today, art historians consider him the world's pioneer in lumino-kinetic objects.