The centre is named after murdered journalist Ján Kuciak, who pursued similar principles in his work. 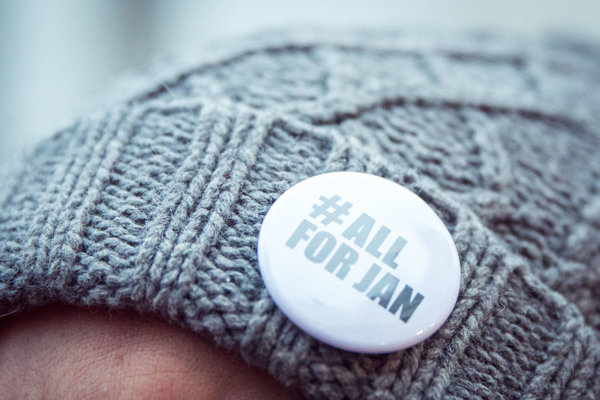 Shortly after the murder of investigative reporter Ján Kuciak last February, an international team was created to finalise his unfinished work, uniting investigative journalists across a wide media spectrum. Journalists, who otherwise work as rivals in the highly competitive media environment, joined forces when working on stories, an idea pursued by the late journalist.

The team gradually ceased to exist. Similar principles will now be applied by the newly-created Investigative Centre of Ján Kuciak (ICJK), founded by several journalists in late 2018.

“Such cooperation demonstrated that it is a very effective way of revealing organised crime and corruption practices,” journalist Arpád Soltés, chair of ICJK’s board, told the January 8 press conference.

The main aim is to create a platform for the cooperation of Slovak investigative journalists with their colleagues abroad, as well as those working in other Slovak media outlets.

Cooperation will be important

ICJK is based on a model of the Czech Centre for Investigative Journalism. Its head, Czech journalist Pavla Holcová, was also elected member of its board and will supervise the work during the centre’s beginnings.

Moreover, ICJK has already signed an agreement with the Organised Crime and Corruption Reporting Project (OCCRP), which unites and supports journalistic projects focused on revealing corruption and international organised crime in more than 30 countries on four continents.

“Our big advantage is that we will not be a competition for other media,” Soltés said, explaining that their main intention is to help Slovak investigative journalists with their work in case it crosses the Slovak borders.

The centre will have access to various big databases whose access is otherwise very expensive, explained Holcová. They also plan to provide contacts to journalists abroad, who can offer a wider picture.

Apart from cooperation with other media, ICJK plans to publish its own investigative stories and publish them on its own website. The idea is to make the story widely accessible, which means there will be no paywall and no advertisement, Soltés stressed. The stories, particularly those with an international impact, will also be published in English.

As for the financing, they want to run the centre from grants and individual gifts via a transparent account.