40 villages have announced a snow emergency

The situation in northern Slovakia is critical. Meanwhile, the roof of a manufacturing hall collapsed in Oravská Lesná. 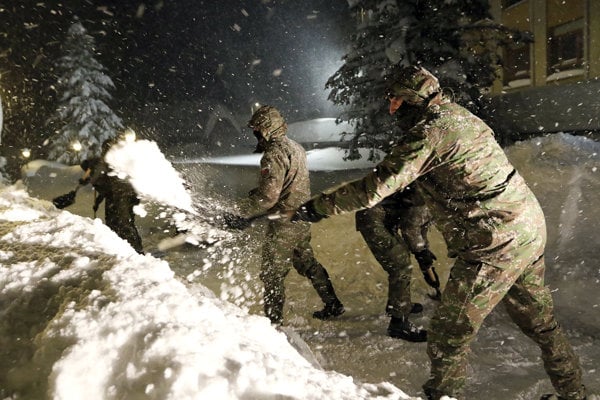 The Prešov Region was hit hard by the snowfall of January 15, mainly its northern districts. To keep the roads passable, roadmen had to snowplough nearly 16,000 kilometres of roads across the region.

"All mechanisms are in operation, and we are doing all we can to keep the roads passable," said Jaroslav Štofko, head of the road maintenance department in the Prešov Region, as quoted by the Sme daily.

The situation has been critical in many villages of the Žilina Region, too. 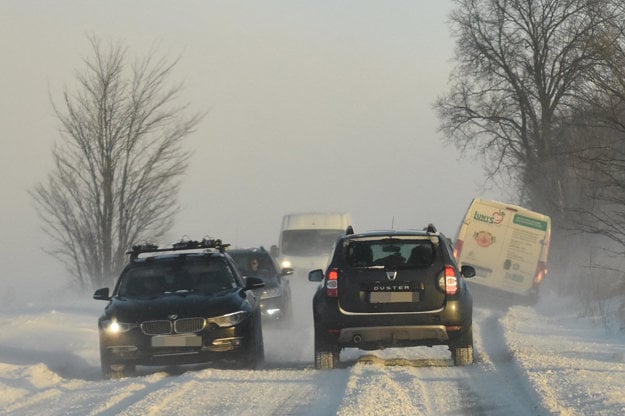 Drivers in northern Slovakia had to be careful on the road. (Source: TASR)

In addition, a snowdrift warning has been issued in the aforementioned districts.

People living in northern Slovakia have ended up without electricity again as a result of the snowfall, Sme reported. 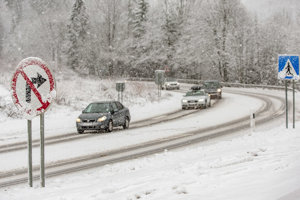 The power breakdown was caused by a heavy, wet snow as well as the wind. In several villages, trees fell on transmission lines.

There is a current power outage in the municipalities near Bytča, Čadca, Martin, Prievidza, as well as several places in the Žilina Region, as reported by Sme. People were already experiencing blackouts on January 14.

A calamity in the Žilina Region

The number of municipalities announcing a snow emergency in the Žilina Region has risen to 40, including three towns: Námestovo, Čadca, and Martin, Sme reported.

One of them is Oravská Lesná, near Námestovo, where a manufacturing hall roof collapsed due to the heavy snow, the police wrote on Facebook. No one was harmed.

"We have employed a snowblower, and firefighters are helping us take away snow from the busiest parts of the village," Oravská Lesná Mayor Marek Majdiš told the Pravda daily.

"We could not access some settlements because of the fallen trees," said Martin Pavlík, the mayor of Makov (Žilina Region), as quoted by Pravda, adding that it was impossible to maintain the road.

60 firefighters have helped in the Žilina Region in recent days, while Defence Minister Peter Gajdoš has also commanded the army to be available during the snow calamity.

In addition, a specialised transporter has been moved over to the Orava region, TASR reported.

Road problems in the Prešov Region

Drivers faced troubles and had to wait in long tailbacks on the roads between Čadca and Žilina, and in Kysucké Nové Mesto. Moreover, people in Žilina had to wait 40 minutes for public transport to arrive, Sme reported.

The Prešov Region has been struggling with road maintenance this week as well.

"The strong wind and heavy snowfall are prevailing in most parts of the area compared to morning," said Štofko on January 15, as quoted by Sme, adding that it was hard to maintain the roads in the Prešov Region.

The wind speed reached up to 100 kilometres an hour in some areas, and the visibility on the roads was decreasing to the lowest level towards the evening.

"All our vehicles are in action, and we had to employ a snowblower in two cases," Štefko added, as quoted by Sme. 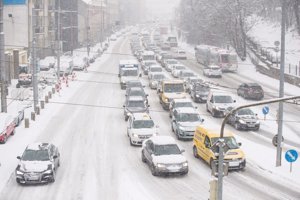 The mountain passes of Donovaly and Šturec are not passable for trucks at the moment, the Zjazdnost.sk website informed.

During the wintertime, the mountain passes of Fačkov, Veľké Pole, Šútovce, and Skýcov remain unpassable for 10-ton trucks and 3.5-tonne vehicles.