Only 40.18 percent of food products on the shelves of Slovak stores were of the Slovak origin last year, according to the Slovak Agricultural and Food Chamber (SPPK).

"The share of Slovak food products in stores has not been satisfactory for years," said SPPK deputy head Marián Šolty, as quoted by the TASR newswire, adding that the figure is rising very slowly.

"Slovakia is one of the countries where domestic agro-food production on the shelves of stores is crushed by foreign goods," Šolty said, as quoted by TASR.

Read also:How much do Slovaks spend on food? Read more

Vegetables are the least Slovak

SKKP focused on the most important food commodities, such as milk, meat, vegetables, fruit, and sugar, in its 2018 survey, as reported by TASR.

74 percent of eggs and 69 percent of honey put on the shelves of Slovak stores last year were Slovak, while 68 percent of milk sold in stores was Slovak.

"Overall, these three commodities have, in the long run, the highest representation on the shelves of retail chains in Slovakia," said Šolty, as quoted by TASR.

On the contrary, the share of Slovak vegetables in the shops was the lowest, amounting to only 21 percent last year. It was followed by Slovak meat (24 percent), fruit and vegetable juices, and fresh fruit (26 percent each).

The findings have proven that only one-third of fresh fruit from Slovakia can be found in the shops, while most of it is imported, SPPK said.

COOP Jednota has the highest share of Slovak products 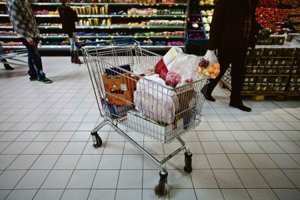 SPPK collected the data in 54 stores, including those run by Tesco, Lidl, COOP Jednota, Kaufland, Terno, Billa, CBA and Metro.

"There is still an extremely low share of agro-food products made in Slovakia that can be found on the shelves of retail chains operating in the country," said Šolty, as quoted by TASR.