Hviezdoslavovo Square has a peculiar history

It was not only a promenade and a place of entertainment, but people could shop, send mail or visit their tailor. 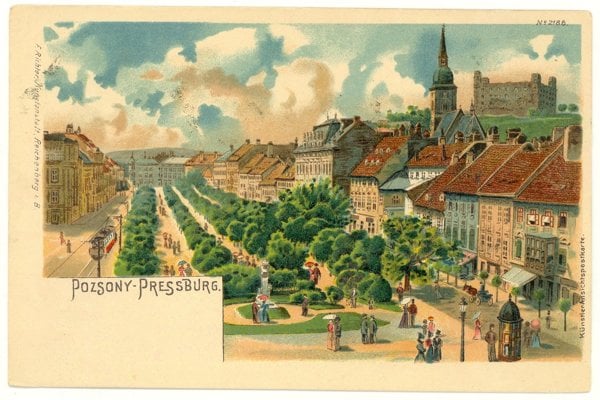 Bratislava’s Hviezdoslavovo Square is said to be one of the most beautiful squares in all central Europe, with its character of a city promenade, sporting lots of greenery and a stage for cultural events.

The square, stretching from the historic building of the Slovak National Theatre up to almost the SNP Bridge, is flanked by several significant buildings and plenty of restaurants and bars.

“It was a place where you could have fun and get luxurious accommodation at the Carlton Hotel, but you could also satisfy the most common needs like buying foods, ordering a suit or a corset, getting clothes cleaned, buying bottled beer or southern fruit,” said Ján Vyhnánek during his lecture about the square. Vyhnánek is from the civic association Bratislavské Rožky, dedicated to the history of Bratislava.

The creation of the square was preceded by the order by Maria Theresa from 1775 to pull down the city walls of the then Pressburg, nowadays Bratislava. At that time the fortification of the city no longer played a defensive role, but the walls prevented its development. 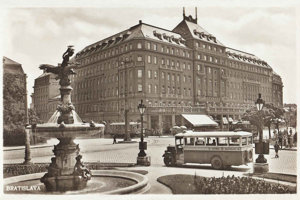 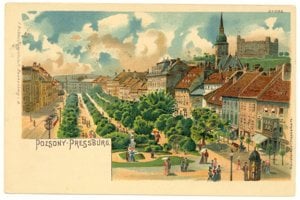 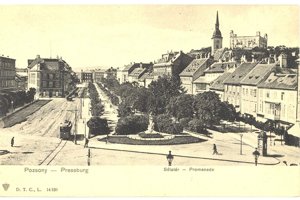 Pressburgers first dried the Danube’s arm, which was flowing through what is the square today, and after the walls were pulled down, they filled in the defensive ditch that used to be in front of the walls.

“They started building classicist and late-baroque houses in the freed space, on today’s northern side of the square,” said Vyhnánek. 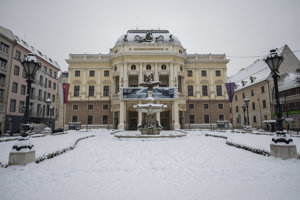 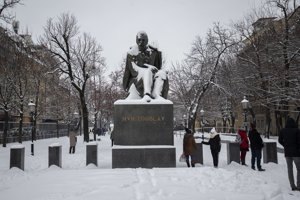 The line of buildings on the opposite side of the square was built later. The ground floors of the buildings usually housed restaurants, cafés and other outlets.