Spiš has a new attraction: the snow anthill

It is possible to actually walk through several tunnels. 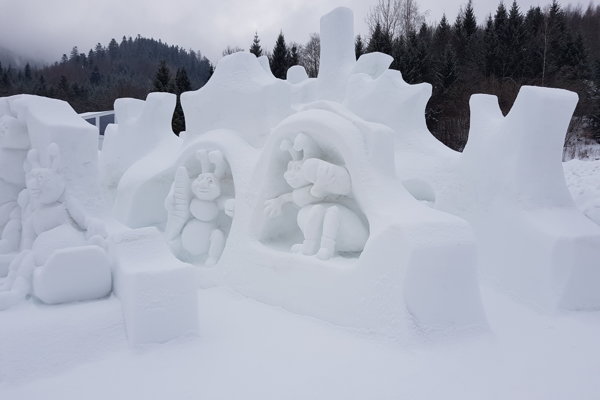 Visitors to the ski resort at Mraznica in the Spiš region can visit a new attraction – an anthill made from snow. Its creator is sculptor Adam Bakoš who together with his Czecho-Slovak team worked on it for eight days.

“We would like to put the less-known ski resorts in our region in the spotlight,” said Lenka Vargová Jurková, a manager of Košice Region Tourism, as quoted by the TASR newswire.

She added that their advantage is that they are not crowded. Besides the Tatra ski resorts, they offer a less stressful environment, they are cheaper and can serve as interesting inspiration for all lovers of winter sports. 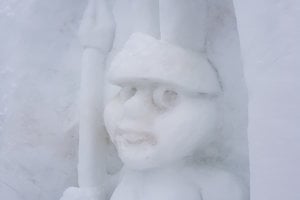 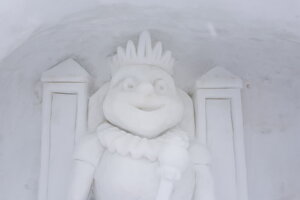 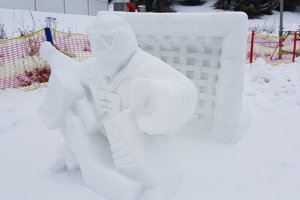 The anthill is made from artificial snow. It arose under the ski slope at the Mraznica Hnilčík Ski Centre. It is 10 metres wide and the highest tower stands at five-metres. Several ants decorate the north wall of the anthill; one is on a snowboard, another on a sledge and the queen ant is also there. A hockey goalkeeper ant also stands nearby.

“The tunnels are made in the style of a termite mound,” said Adam Bakoš, as quoted by TASR. It is possible to walk through three of them. He believes that the artificial snow will last longer than natural snow would. 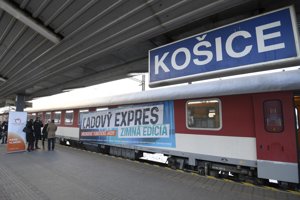 Another novelty in Hnilčík is the covered ice rink, accessible especially during the weekends. Mraznica Hnilčík Ski Centre is accessible via the special Ice Express going from Košice to Červená Skala. Even though, the train does not stop at the resort, there is a shuttle bus service that connects it with the resort.