The initiative is ready to submit a criminal complaint. 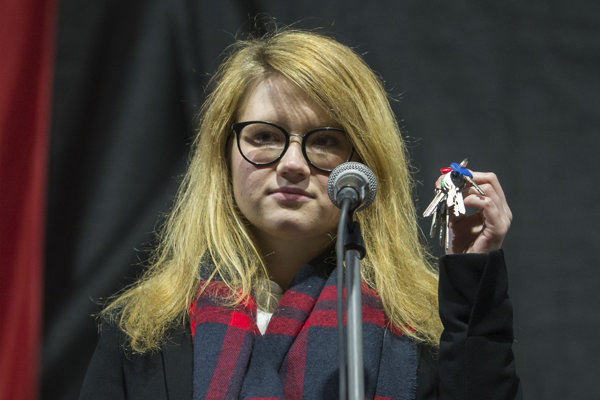 Karolína Farská, one of the organisers of the For a Decent Slovakia protest gatherings, was verbally attacked while waiting for a trolleybus on the evening of January 31.

She was waiting at the stop at Hodžovo Námestie square in Bratislava , when suddenly a dark car with two men stopped close to her. One man got out of the car, started to take a video of her with his mobile phone and asked whether she is “that child of Soros”.

Farská was scared, claiming that the man had an unnatural smile.

“Like the Joker,” she said, as quoted by the Denník N daily.

Although some people have spat on her on two occasions, she was really scared by the January 31 incident.

“I was afraid that he would hit me,” Farská said, as quoted by Denník N. “He was talking about [George] Soros, the Open Society Foundation. He was screaming like a boor.”

Farská boarded the trolleybus as soon as it arrived. She regrets not taking a picture of the car, including its licence plate number.

“The day before, I posted screenshots of what people write to me on Instagram, saying that I should be shot,” she added, as quoted by Denník N.

The For a Decent Slovakia initiative is now ready to submit a criminal complaint, said one of Farská’s collaborators, Juraj Šeliga. He admitted that all of them have received various hateful messages and threats.