Rastislav Trnka, President of the Košice Self-governing Region, addresses the problems associated with the brain drain phenomenon and offers some examples of policy measures introduced in Košice. 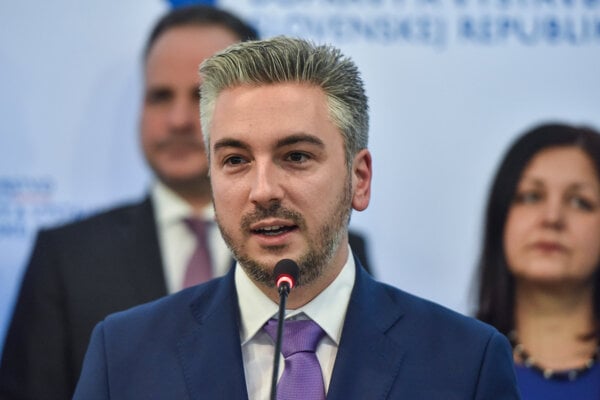 The beginning of the New Year started with unflattering statistics. Two districts were added to the list of the least developed ones in Slovakia. Overall, their number increased from 16 to 20 last year. Nevertheless, there were “only” 12 in 2015, when the law on support of lagging districts was passed.

The OECD analyses show that Slovakia is one of the countries of the European Union with the highest regional disparities and income inequality. We took the 29th place out of 32. People living in the east and south parts of Central Slovakia earn significantly less than people living in the capital city. The differences are evident not only in the level of income but also within the unemployment rate. How is it possible that, even if we have been aware of these figures for several years, the lagging behind of the least developed districts is deepening and even more new districts are getting on the list?

The fact is that the west of Slovakia registers the lowest unemployment rate in the long run. Companies and employers are facing the problem of a lack of qualified workforce. There are also employers in the Košice Self-Governing Region who find it more difficult to look for new employees. In most cases it is a qualified profession, especially in the IT field. To compare, in 2007, less than 1,000 people worked in the IT sector in Košice, today it is about 12,000. An IT hub has been developed and it has a significant position on the labor market. Not even this fact prevented the seven districts of our region from belonging to those which need support through action plans.

I am convinced that there might be several factors behind these results. Low qualification of long-term unemployed people is one of them. In many cases, these are marginalized groups of people who do not have basic education or those who have no working habits.

Brain drain presents another major problem that contributes to deepening the differences in individual regions. The statistics of health insurance companies and the Institute of Financial Policy between the years 2010 and 2013 demonstrate that every tenth university graduate went abroad, whereas up to 14% of Slovak students attended foreign schools. This trend persists. The quality of the available workforce goes on suffering from the brain drain phenomenon. Highly qualified young people, mainly in the eastern part of Slovakia, are not able to find suitable employment with respect to their education or pay requirements.

From the position of the Košice Self-Governing Region, we do our best to work on these issues. For example through attempts to integrate marginalized groups of the population. We have launched an experimental verification program to admit students with a mild degree of intellectual disability to one of our high schools this school year. These students can normally only study at special schools, however, we have accepted them to a standard vocational school that focuses on traditional crafts departments. Along with education, these students will also develop basic working habits that will undoubtedly help them in the future. The admission of these students has proved successful and we can already say that they are doing well.

We are also beginning with the implementation of the first projects funded by the Integrated Operational Program. Due to the lengthy setting up of the processes by the Ministry of Agriculture and Rural Development and the Deputy Prime Minister´s Office for Investments and Informatization, it has been five years since the seven-year budget period started, but I am convinced that the big investments can move the regional development forward.

For many potential investors, the lack of transport infrastructure in the eastern part of the country represents a major problem. As for the 2nd class roads and 3rd class roads that fall under our region, last year we managed to repair three times more kilometers than the year before. However, about 30% of regional roads still remain in bad technical condition.

Our long-term effort is to promote dual education at our high schools, to cooperate with employers, to support IT classes and to create favorable conditions for creative people in our region. We do not want young people to leave our country and if they do so, we would like them to come back. It will only be extremely difficult to achieve this goal without cooperation of strong partners at national level.

Rastislav Trnka is President of the Košice Self-Governing Region