The President pledged he is set to appoint nine Constitutional Court judges without delay. 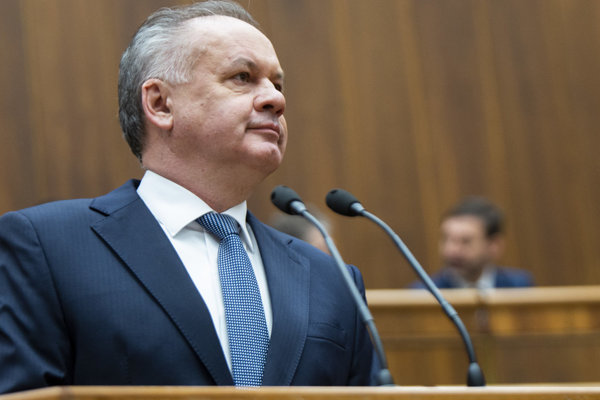 "Today's vote will be about the willingness and ability of the parliament to act in the interest of Slovakia and to ensure the normal functioning of the state," President Andrej Kiska told MPs on February 7, afew hours before their vote on 18 candidates for onstitutional Court judges.

The president called on them to approach the vote responsibly and independently. The outcome will affect not only the Constitutional Court and trust in justice, but also trust in democracy.

"People must believe in the ability of the state and the willingness of politicians to protect their interests," he emphasised.

Slovaks demand decency and justice, Kiska stressed. As he explained, this means that the parliament has to elect on 18 candidates on February 7, who may become guardians of the constitutionality in Slovakia. Out of them, the president will appoint nine for the posts in the Constitutional Court.

"Your vote will be extremely important for the future of Slovakia and the trust of the people in the government, democracy and justice," said the president.

He underlined that the tenures of nine Constitutional Court judges are ending on February 16, and that the new judges will define the character of the court in the next 12 years.

"There is no doubt that it is possible to create a trustworthy Constitutional Court out of the current 39 candidates," Kiska added.

He called on MPs to demonstrate their position on the rule of law and democracy in Slovakia by electing moral and experienced candidates to join one of the most important institutions in the country.

"Our joint responsibility is to ensure that Slovakia functions well, and all its institutions perform their tasks," the president told MPs.

Before the president's speech, the parliamentary constitutional and legal affairs committee recommended Smer chair Robert Fico as one of the 39 candidates. The question of his legal practice was the reason why the vote has been postponed twice, the Sme daily wrote.

Fico submitted the missing documents to prove his 15-year experience in law on February 6, only one day before the election of 18 Constitutional Court candidates. 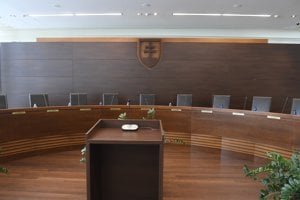 Read also:Slovakia faces an important vote: How will the country look in the next 12 years? Read more

When the constitutional and legal affairs committee voted on Fico's candidacy for the first time, he failed to convince the majority of the committee due to the alleged lack of experience.

"The permission of a repeated vote on only one candidate is not only legally dubious but also sends the wrong message to people," said MP Miroslav Beblavý during the committee's session, as quoted by Sme.

Despite this, the committee eventually recommended Fico as one of 39 Constitutional Court candidates to parliament. Seven MPs supported Fico, while six were against.

The parliament was initially supposed to elect the candidates out of 40 people, but Police Academy Rector Lucia Kurilovská has recently withdrawn from the selection.