The court will operate only with four judges from Saturday, February 16. What will happen next? 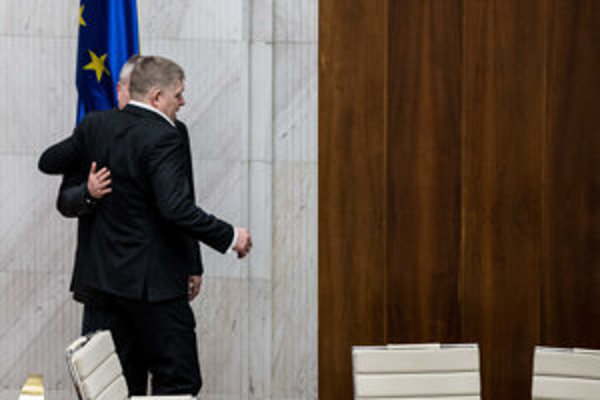 The vote was public again, just like its first round on Tuesday. The ruling Smer objected against the public vote. Negotiations between the three coalition partners about the candidates went on for several hours. That was why the vote took place in the evening rather than at 11 am as planned.

By the time of the vote, none of the observers expected the MPs to vote in 18 candidates for the president to choose the nine new judges. Opposition MPs from SaS, OĽaNO, Spolu and Sme rodina stated they agreed on ten names, which they did not specify. The coalition attempted an agreement of its own, with the talks lasting until 30 minutes before the election. 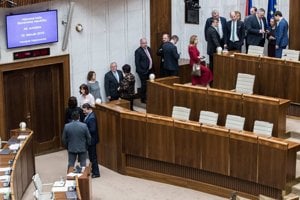 Smer MPs again cast empty ballots in protest against the public vote. Smer chair Robert Fico said at his press briefing on Tuesday, when he gave up on candidacy, that “the new judges should be appointed by a new president”.

He thus practically confirmed the scenario some experts expect Smer to pursue: waiting with the election until a new president, who will be known after the March presidential election, takes over. Smer supports European Commissioner Maroš Šefčovič, the favourite in the polls.

Will the court save itself from paralysis?

While politicians talked during the day, the Constitutional Court judges designed their own way of preventing the court from becoming unfunctional.