Smer chair Robert Fico allegedly threatened "a war" if the president refused to appoint him as Constitutional Court president. 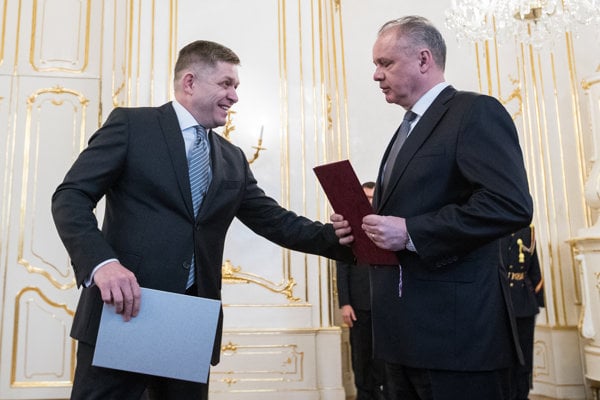 Smer chair and ex-prime minister Robert Fico allegedly demanded President Andrej Kiska appoint him the president of the Constitutional Court in mid-January. If he refused, Fico threatened to start a war.

Since Fico later withdrew from the fight for the free post at the Constitutional Court, partly due to Kiska’s attitude, the fight really began, the Sme daily reported. It pointed to the charges brought by the National Criminal Agency (NAKA) against the authorised representative of Kiska’s company KTAG, Eduard Kučkovský.

The charges concern the unauthorised VAT refund worth €146,000, which the company claimed from the state for expenses on Kiska’s presidential campaign. Fico has said that Kiska committed fraud. 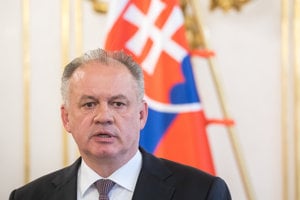 The president now suggests that the charges are linked to his refusal to appoint Fico a Constitutional Court judge.

“He didn’t present it as a fact, but rather a threat, adding that either I will appoint him or the war against me will start again,” the president told the press on February 22, as quoted by Sme.

Responding to the statement, Fico also organised a press conference, pointing to the financing of Kiska’s presidential campaign. He also called him a fraudster again. However, he did not explain the suspicions of blackmailing.

“I reject his ridiculous accusations,” Fico said, as quoted by Sme. “If he has any suspicions, he should turn to the law enforcement bodies.”

Bugár allegedly acted as a mediator

Kiska met with Fico on January 2, 2019 to discuss the election of Constitutional Court judges. At the time, Fico did not mention his intention to run.

Only two days later, Most-Híd chair Béla Bugár called Kiska and said that Fico had asked him to deliver a message: either he will become the president of the Constitutional Court or the war will begin, Sme reported. 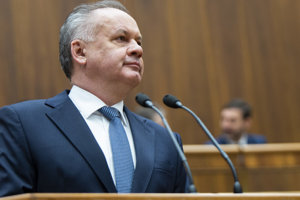 Kiska reportedly rejected this and told Bugár that he would not allow himself to be blackmailed. At the same time, he informed PM Peter Pellegrini (Smer) about the threats.

Bugár did not want to comment on the statement, explaining that he has discussed various topics with Kiska, and the details are confidential for him, Sme wrote.

Kiska met with Fico again on January 14, where other threats were voiced. This time, the meeting was allegedly also attended by Pellegrini. The prime minister did not want to comment on the meeting, either. However, he has denied the claims that Kiska would have been blackmailed, his spokesperson Patrícia Macíková told Sme.

Pellegrini commented on the situation on February 23 during Saturday Dialogues, a political talk show broadcast by the public-service RTVS. Kiska should not have cast doubt on the actions of police and the prosecutor’s office, he said.

Meanwhile, Kučkovský has submitted a complaint against the charges. It will be checked by the prosecutor of the regional prosecutor’s office in Prešov, the TASR newswire reported.

The National Criminal Agency (NAKA) meanwhile informed that it will investigate the blackmail suspicions, the Police Corps Presidium confirmed, as reported by the Denník N daily.

It originally seemed that the law enforcement bodies would not act on their own initiative and called on Kiska to submit a criminal complaint.

They added that they would launch proceedings only if a motion containing well-founded suspicions that a crime had been committed was submitted.

Such a motion was filed by Ondrej Dostál, an MP of Freedom and Solidarity (SaS), on February 25, Denník N wrote.

Kiska disclosed on February 25 the reasons why NAKA is bringing charges against the authorised representative of KTAG.

Investigator Robert Hrušovský wrote in the document that though it is true that KTAG had an agreement with Kiska to promote his name, the contract does not include the presidential campaign. As a result, the finances allocated for the campaign should not have been added to the company’s business expenses, Sme reported.

Hrušovský is the third investigator to deal with the case. His two predecessors did not see a reason to bring charges against Kučkovský.