Mistrík withdraws from the presidential race

He referred to recent results in polls, but did not provide further details. 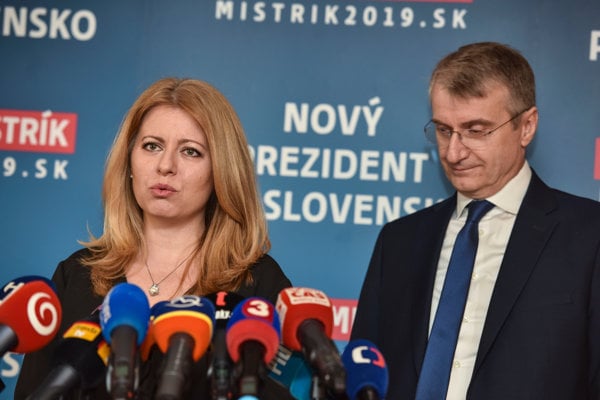 Scientist Robert Mistrík will not run in the presidential elections. Following the recent developments in the preferential polls, he decided to step down and support lawyer Zuzana Čaputová instead.

“My ambition was for Slovakia to have a decent and smart president,” Mistrík told the February 26 press conference.

He backed his decision with the agreement made earlier this year, when he and Čaputová decided that one of them would withdraw from the race to prevent both Maroš Šefčovič and Štefan Harabin from getting to the second round.

He also called on his voters to support Čaputová in the elections. 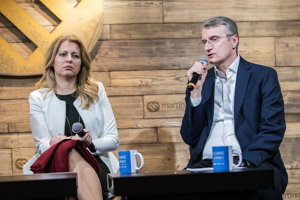 Read also: The chances of Šefčovič, Mistrík and Čaputová for the presidency are narrowed Read more

“It is not about the two of us now,” Mistrík continued. “It’s about the future for all of us.”

Čaputová thanked Mistrík for the gesture.

“It’s remarkable when somebody puts the interests of society above his own interests,” she told the press.

She is now ready to win the support of voters, since she does not expect Mistrík’s potential voters to automatically vote for her in the elections.

Following the pledge that either Mistrík or Čaputová would withdraw from the race, the opposition parties Freedom and Solidarity (SaS) and the Ordinary People and Independent Personalities (OĽaNO) first called on Čaputová to withdraw, pointing to her lower preferences in the polls compared to Mistrík.

However, the recent polls published by the AKO and Focus agencies confirmed that Čaputová’s preferences have increased. In the recent poll carried out by the MVK agency, she even received a better score than Mistrík, beating him by nearly 5 percentage points.

More polls are expected to be issued before March 2, when the moratorium on the opinion polls starts.

Even though Mistrík mentioned the trends in the polls as one of the reasons for his decision to retreat from the presidential race, he did not provide any details, saying the polls will be published in the following days.

Meanwhile, public-service broadcaster RTVS published a poll it ordered from the Median SK agency, which shows Čaputová as the potential winner of the first round. She would receive 23.5 percent of the vote, followed by Šefčovič with 20.5 percent and Mistrík with only 15 percent.

Median carried out the poll between February 11 and 23 on 1,002 respondents.

After Mistrík announced his decision to withdraw from the race, the pollster recalculated the results. These suggest that Čaputová would gain even more votes: up to 32 percent of the vote. Šefčovič would still finish second with 22.5 percent of votes, according to RTVS.

President Andrej Kiska appreciated Mistrík’s decision to withdraw from the race and support Čaputová, whom he called “a clear favourite”.

“Mr Mistrík kept his promise that he would act responsibly,” Kiska wrote on Facebook. “The decision was certainly hard to make, especially after a difficult campaign.”

As Kiska stressed, he was convinced that the voices of decent and just Slovakia should unite with one strong candidate from the very beginning of the campaign.

“I support Zuzana Čaputová,” Kiska wrote. “She will be a good president of Slovakia.”