Interesting job offers and opportunities to make an impact at home matter for Czech and Slovak student expats. 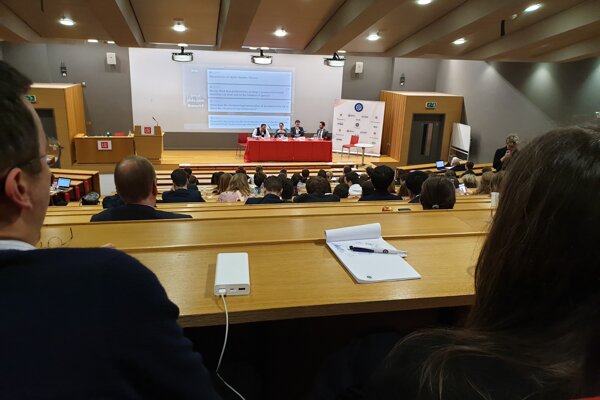 Discussion about the rule of law (Source: NF)
Font size:A-|A+3

It is Sunday morning, but the Sheikh Zayed Theatre of the London School of Economics is full of students. The hall resounded with the vivid buzzing of Czech and Slovak and sometimes also English.

Students, classmates, friends as well as complete strangers came to the conference to hear the opinion of experts and ask them questions on four main topics. This year, it was the energy industry, social inequalities, rule of law and healthcare that emerged as the most important. Invited speakers included former ministers from both countries, sociologists, lawyers, academics and other specialists in their field.

“We try to choose topics we feel are current and urgent,” Jakub Dovčík, operations director of the conference, told The Slovak Spectator.

The energy of expats

The main idea behind the conference is to put people together and let them discuss the issues that concern the regions the most. The panels and speakers change every year.

Dovčík was a second-grader at the London School of Economics when he met with other ambitious students and they came up with the idea of organising a conference. When they organised their first event, about 150 people came.

“We thought we could use the energy of these people to perform positive changes,” he opined.