A world media report about the victory of Zuzana Čaputová in the presidential election.

Related: What voters want I Opinion I World media reports I Poll 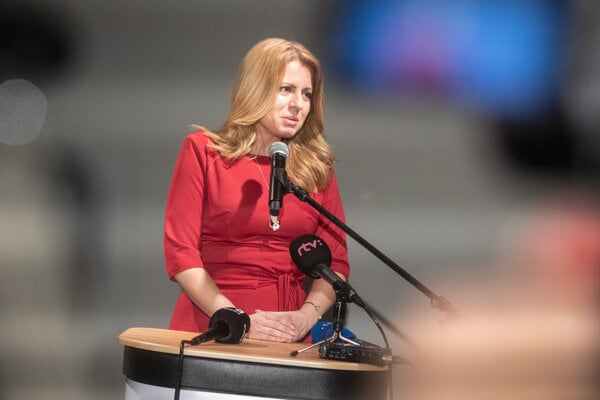 Zuzana Čaputová, the winner of the first round of presidential elections in Slovakia (Source: SITA)
Font size:A-|A+  Comments disabled

Government critic, anti-corruption lawyer, and Slovakia’s Erin Brockovich: these are just some expressions used by the world media to describe Zuzana Čaputová, the winner of the first round of the March 16 presidential race.

If she also manages to win the second round, she will become Slovakia’s first female president.

“I see the message from voters as a strong call for change,” she said early on March 17, as quoted by BBC.

Čaputová first rose to prominence when she led a 14 year-long battle against an illegal landfill in Pezinok, as some media reminded. Eventually, she prevailed and is now sometimes referred to as the Erin Brockovich of Slovakia, the New York Times daily wrote.

The daily also reported that she had recalled having coffee with Marian Kočner, the businessman charged with ordering the murder of Kuciak, and whose interests were tied up in one of her environmental cases a few years ago.

“He asked me if I was afraid of him,” she said, as quoted by New York Times. “I was in fighting mode then. So, I said no. But it was one of the quickest cups of coffee I have ever had.”

“He then asked me under what conditions I would stop,” she added. “I said there was no way I would stop. It was just too important.”

She later came to prominence during mass protests sparked by the murder of journalist Ján Kuciak, who had been investigating political corruption, according to BBC.

Several world media also pointed out that the March 16 round of the presidential election was the very first election held after last year’s murder of Kuciak and his fiancée Martina Kušnírová, as well as the nation-wide protest gatherings that followed.

“I see these elections (...) as of a strong call for change after the tragic events of last spring,” Čaputová said as she cast her vote in her hometown of Pezinok, as quoted by the Financial Times daily. “Perhaps we are also at a crossroads in terms of rebuilding public trust.”

As the newspaper pointed out, her emergence as a political force is a sign of “how dramatically the sands of Slovak politics have shifted since the deaths of Kuciak and Kušnírová 13 months ago”.

“Zuzana Čaputová, an anti-corruption campaigner with no experience in public office, won the first round of Slovakia’s presidential election on Saturday, setting up a tough clash with the ruling Smer party’s candidate,” the Reuters news agency wrote. 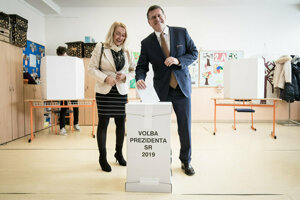 Read also: Presidential election: What will the Čaputová vs. Šefčovič duel look like? Read more

Although voters appeared to spurn Smer a year after the murder of a journalist, which sparked mass protests, Smer’s Maros Šefčovič, an EU Commissioner, could earn the support of those who prefer stability to the change offered by Čaputová, Deutsche Welle wrote.

Endorsed by outgoing President Andrej Kiska, who did not seek re-election, Čaputová has promised to end what she calls the capture of the state “by people pulling strings from behind”, while maintaining the course of Slovakia’s foreign policy, according to German public international broadcaster Deutsche Welle.

Čaputová’s pro-choice views and support for LGBTI rights might alienate some voters in the socially conservative, ethnically homogenous country and complicate her path to becoming the first female president, analysts said.

“Šefčovič, painting himself as an experienced Christian candidate with contacts abroad, has already launched the campaign for the second round with combative statements towards Čaputová,” sociologist Soňa Gyarfášová said, as quoted by Reuters, adding he will seek to mobilise those who did not vote in the first round.

Populism on the rise

If elected, Čaputová, a pro-European liberal who belongs to the small, non-parliamentary Progressive Slovakia party, will stand out among the populist nationalist politicians on the rise across much of Europe, Reuters wrote.

Štefan Harabin, the former justice minister and a champion of ethnic nationalism, accused Muslim migrants of “killing and raping European women in Germany and France” and claimed his opponents wanted to destroy Slovak culture, the New York Times wrote.

Read also: A vote for Čaputová and against Smer Read more

But Čaputová did not respond to the outrage. In a political climate where stridency is often rewarded and crudeness is frequently seen as a marker of authenticity, she has clung to the belief that decency is what voters want most. And it seems to be working.

“Even though people might not agree with all my opinions, they can build a bridge of trust to me because I act with civility,” she said after the final debate before the March 16 elections, as quoted by New York Times. “Even if I fight, I don’t fight the person, but only the actions of the person.”

However, while her performance represents a rare victory for liberal forces in central Europe, which has been the scene of a series of victories by populist and nationalist parties in recent years, hard-line candidates also garnered a sizeable share of the vote, according to the Financial Times.

“The population is very polarised,” said Iveta Radičová, an ex-prime minister who now teaches sociology at the Pan-European University in Bratislava, as quoted by the Financial Times. “One reason is the gap between the behaviour of politicians and the expectations of citizens (…) Like elsewhere, Slovakia is also facing the impact of globalisation, new technologies, terrorism, migration – too much uncertainty.”

However, beyond Slovakia, Čaputová’s unlikely rise and broad support in this deeply conservative country has given hope to opposition leaders in other countries, who sense that a backlash against populists may be brewing, according to the New York Times.