Slovakia and Switzerland have a similar mental landscape 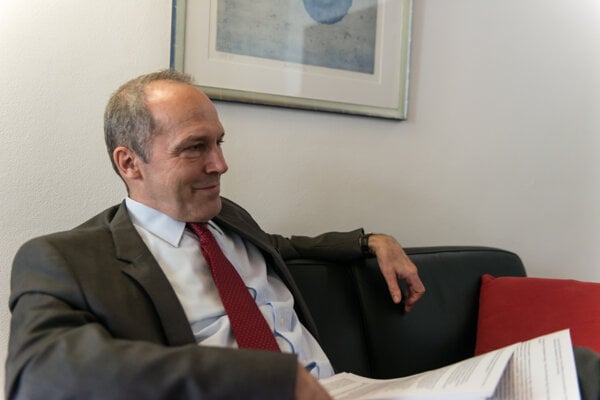 Returning from a posting in China, Swiss Ambassador to Slovakia Alexander Hoffet is back in central Europe. His first-ever diplomatic posting was as a culture attaché in Prague in the early 1990s, so he has first-hand experiences associated with the break-up between the Czech Republic and Slovakia over a quarter of a century ago.

The Slovak Spectator (TSS): What are your impressions of Slovakia so far?
Alexander Hoffet (AH): Comparing my impressions from the 1990s and now, the changes have been dramatic and positive. Bratislava is a much brighter and more attractive city than it was then. After some difficult beginnings following the separation, there has been sound and promising economic development, and there is a whole new generation of young people who hardly remember the time before the 1990s.

TSS: What differences do you see between Slovakia and Switzerland?
AH:Slovakia feels like a much younger country. Of course, with globalisation and the changes that happened in between, like the financial crisis, there have been a lot of changes in Switzerland too. But the transformation here has been much more disruptive, with the challenges of the new political and social model introduced.

On the other hand, Switzerland seems like a much more colourful country. About one quarter of our population are immigrants from both EU countries and countries outside Europe. Here, it feels very homogeneous. The attitude towards immigration is quite different here than in Switzerland.

TSS: What are the similarities you see between our two countries?
AH:There are quite a few. We are of similar size, we both have beautiful nature and rich resources in tourist spots and attractions, mountains and valleys. And there is a similar mental landscape behind it. Maybe both countries have a mountainous mentality to some extent. Generally, people in both countries are quite pragmatic, down to earth. At least those are my first impressions here.

TSS: Switzerland is an important destination for Slovak migrants even now, but it was particularly important in 1968. Many Czechs and Slovaks found their new homes in Switzerland after the Prague Spring was crushed here. How are these immigrants seen now?