The chairman of the strongest ruling party launched another series of attacks against the media. 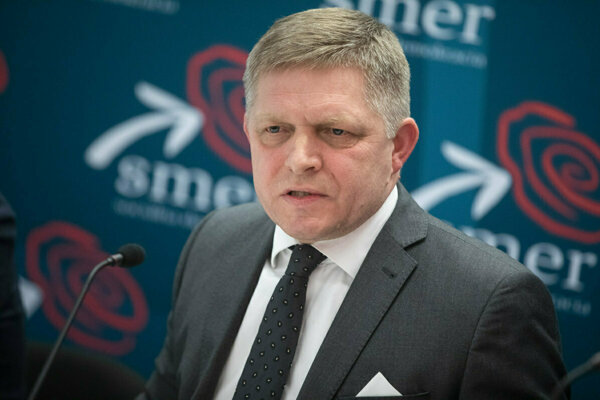 "I have no respect for you, I do not fear you at all," he told the journalists who attended the briefing. Later during the press conference he continued in an aggressive tone and reproached several journalists who attempted to ask him questions that he did not intend to take.

Fico accused the media of leading an open war against his Smer party and promised to use "all legal and legitimate means to fight the media, until the situation returns to normal".

He linked his threats to the attempts of his government to amend the Press Code, a step that has been much criticised in international journalistic circles. Fico insists that the media publish "absurdities" and therefore natural and legal persons must have the right to reply.

Fico repeatedly said that he expects journalists to apologise to him.

The Smer chairman launched his most recent attack on the media one day before, at another press conference. He then said that a legal team, which will monitor the behaviour of journalists and eventually file criminal complaints against them, has been set up.

On March 21, he particularly targeted the Sme daily for the illustration they used on the front page of Saturday's edition. It depicted an illustration of the voting ballot. Maros Sefcovic and now also Fico complained that it could have misled voters since it featured a different number of candidates than on the actual ballots. Sme apologised for the illustration on the day it was published.

The former prime minister, who has been known for his thorny relationships with the media and who has in the past called journalists names like anti-Slovak prostitutes or slimy snakes, threatened to sue the daily and its editor-in-chief, Beata Balogova, for her statements in an interview that the Austrian daily Kurier published on March 16. Fico accused Balogova of calling him the "central figure of the mafia in Slovakia" in the interview. 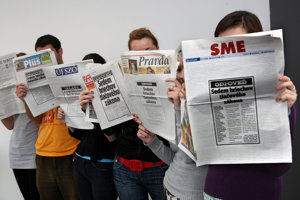 Read also:Media zombies are soft on the powerful Read more

Fico apparently referred to an article published by the Kurier, a report from Slovakia, rather than the interview with Balogova.

The International Press Institute, of which Balogova is a vice-chair, condemned Fico's attacks as "unacceptable for any political figure".