The name of a journalist, working for the public-service broadcaster RTVS and private broadcaster TV JOJ, who suddenly died at the turn of 2016 and 2017, appeared in a resolution concerning the charges brought against controversial businessman Marian Kočner in the case of the murder of Ján Kuciak.

The suspicion was voiced by Zoltán Andruskó, the Omediach.com website reported. He is one of the people who were detained last September in Kolárovo, and later charged in connection with the murder of Kuciak and his fiancée, Martina Kušnírová.

“Alena [Zsuzsová] asked him [Andruskó] in summer 2016 to take her to the forest where they collected the death angel mushroom,” reads the resolution, as quoted by the website. “He said that a journalist, Mrs Kočkovičová, was subsequently poisoned in late 2016.” 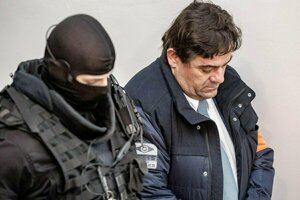 The first to report this testimony was TV JOJ, which did not initially name the journalist. It did so only on March 25, when it contacted her husband. The person in question is Leona Kočkovičová Fučíková, who reported mostly about the events in Nové Zámky and other locations in the south of the Nitra Region.

Several independent sources have confirmed the information that the file contains her name to Omediach.com, adding that there is only a short mention about her. Andruskó did not provide any further details.

A sudden death during a ski trip

Kočkovičová Fučíková died suddenly at the age of 32, at the turn of 2016 and 2017. She was skiing with her family and nothing indicated that she had any health problems. However, she noticed some bruises during dinner. She subsequently became sick. After visiting the emergency department, they found she was bleeding into the brain. She died in the early hours of 2017.

“There was no autopsy,” TV JOJ reported. “Doctors closed the case by saying it was acute leukaemia, adding that the reason for her death was massive bleeding into the brain.” 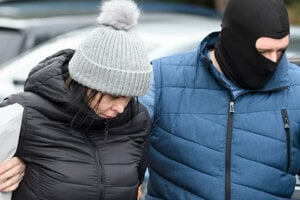 Read also:Prosecutor requests to extend the custody of suspects in the case of murdered journalist Read more

The reporter’s husband told the broadcaster that Kočkovičová Fučíková did not know Zsuzsová. He also did not know about any threats or fears. The reporter did not deal with Kočner’s scandals either, Omediach.com informed.

Why did Andruskó talk about the poisoning?

There are several possibilities as to why Andruskó talked about the reporter’s poisoning, according to the website.

“Zsuzsová could have used the death to scare Andruskó, claiming that he could end up like her if he did not listen,” said the broadcaster’s reporter, Dárius Haraksin.

Moreover, Zsuzsová may have been interested in getting rid of Kočkovičová Fučíková, but the reporter died without her involvement.

“However, there is also a possibility that Andruskó’s testimony is based on truth and Leona was really poisoned,” Haraksin reported.

Neither the police nor the prosecutor’s office have commented on the case so far, Omediach.com reported.

TV JOJ has meanwhile contacted a hospital in Banská Bystrica, the Health Care Surveillance Authority, and forensic medicine experts. The respective authorities are now trying to learn more about the reasons for the reporter’s sudden death, Omediach.com wrote.

Police officers that the Dennik N interviewed say that Andruskó most likely mentioned Kočkovičova's name only because he remembered she died. He did not say anything that would suggest Zsuzsova was behind it, the daily wrote.

It is not clear why the name of the deceased journalist even appeared in the investigation file, Dennik N wrote.

Read more articles by the topic
This article is also related to other trending topics: Ján Kuciak, Zoltán Andruskó