It seems the next president was decided in the first round

Zuzana Čaputová is on course for victory. 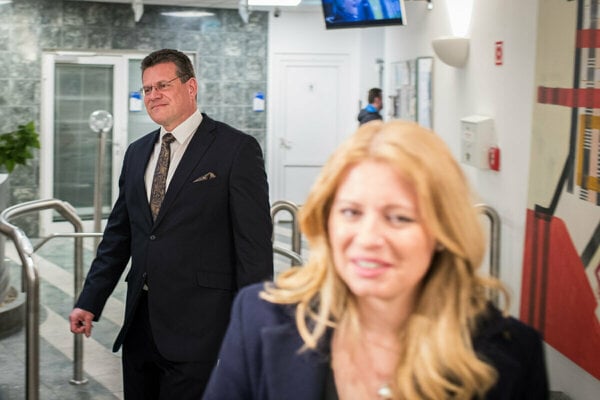 The last two weeks of the presidential campaign in Slovakia have passed in a much calmer tone than observers expected following the first-round election night, when Maroš Šefčovič launched an attack on Zuzana Čaputová for what he called her “ultraliberal” agenda.

Šefčovič at first appointed himself the defender of Christian values, but seemed to realise rather quickly that the position was not a good fit – and that it would not benefit him much. Simply put, he was never going to look or sound authentic. An awkward moment in an election debate when he was unable to list the Ten Commandments in response to a question from the host said a lot (and also speaks volumes about the level of the presidential campaign itself).