The biggest teacher protest since 2016. 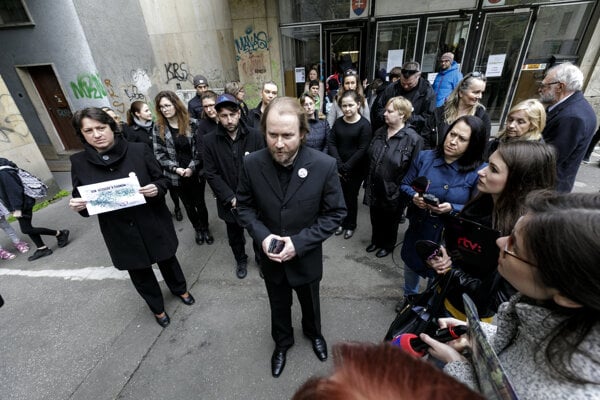 Teachers at more than 1,100 schools in Slovakia are attending lessons held on March 28 dressed in black. The day is celebrated as Teachers’ Day in the Czech Republic and Slovakia, to commemorate the birthday of Czech educator Jan Amos Komenský.

Teachers also paid tribute to “the sad truth about our education sector” with a one-minute silence exactly at noon.

The Initiative of Slovak Teachers (ISU) disagrees with the decisions made by the government and Education Minister Martina Lubyová (nominee of the Slovak National Party), with the aim of bringing about a positive image.

“We want to express our dissatisfaction with the current state of our education sector,” said teacher Mária Rotheinsteinová, as quoted by the TASR newswire.

She pointed to the missing systemic changes, insufficient financing, the bad salary conditions of teachers, the stealing of EU funds, the targeted elimination of Slovak science, the recent draft law on teachers that does not reflect the requirements of the education sector. 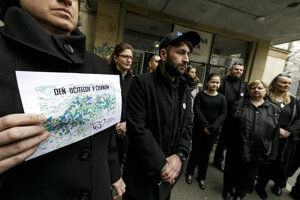 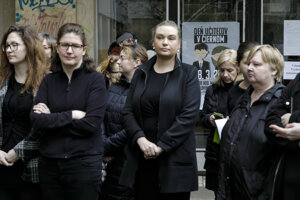 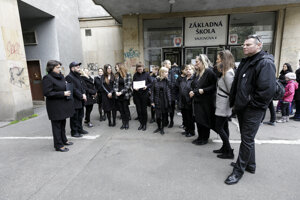 Protests to be joined by farmers

The Teachers’ Day in Black is the biggest protest since the 2016 strike of teachers, said Vladimír Crmoman of ISU. It is being attended by teachers from kindergartens, primary and secondary schools and universities from all regions in Slovakia. 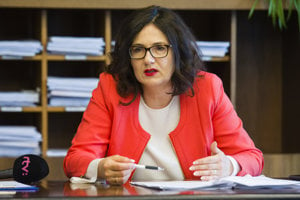 “The petition for revoking the new law on teachers has been signed by more than 19,000 people,” Crmoman said, as quoted by TASR. “The ball is now in the court of the government and parliament. We will closely watch how MPs will vote on the law, which will impact our next moves.”

Teachers will be joined by farmers, who will be dressed in black during their protest.

The protest is also supported by the Chamber of Teachers in the Czech Republic, TASR wrote.

Lubyová wants to improve the situation

Responding to the protest, Lubyová said she wants to improve the atmosphere and situation in education.

The law on teachers has been ready since 2017, she stressed, explaining that it has been discussed by various working groups and has passed an ordinary legislative process. All relevant subjects were involved, including the Slovak Chamber of Teachers. 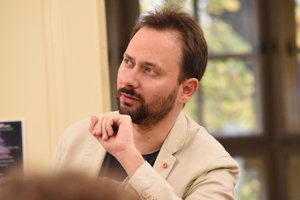 Read also:Schools should teach values that you can’t get from a computer Read more