Šufliarsky resigned from his post at the General Prosecutor’s Office

He exchanged more than 400 messages with controversial businessman Marian Kočner. 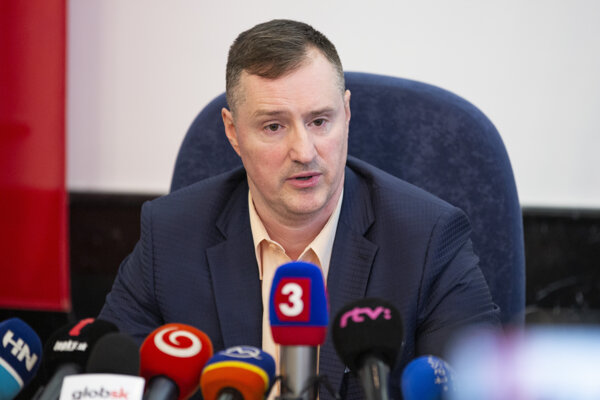 Šufliarsky made the decision after Igor Matovič, chair of the Ordinary People and Independent Personalities (OĽaNO) movement, published seven of the more than 400 text messages sent between him and Kočner, who was charged in connection to the murder of investigative reporter Ján Kuciak on March 28.

General Prosecutor Jaromír Čižnár has confirmed that he has had the communication at his disposal since January 2019. He told Šufliarsky to provide a public explanation, the Sme daily reported.

“I told Mr Šufliarsky that we would have a serious talk, and that talk has happened,” Čižnár told the press on March 29, as quoted by Sme.

The communication took place in the first half of 2017. They exchanged 418 messages, according to Šufliarsky.

During his March 28 press conference, Matovič showed seven of them.

“Kočner was taken to prison despite the will of Peter Šufliarsky, who was his confidant,” Matovič said, as quoted by Sme.

Even though Šufliarsky has admitted sending the text messages, he stressed he did not start it and had merely responded to Kočner’s texts.

Meanwhile, the case also resulted in a dispute between Čižnár and Matovič.

Čižnár has accused Matovič of lying several times during the March 29 press conference. He also claimed that Matovič has threatened him through text messages, claiming that if he did not dismiss Šufliarsky by a certain deadline, he would publish the whole conversation between Šufliarsky and Kočner, the SITA newswire reported.

Matovič responded that Čižnár failed to manage his emotions. He also rejected sending a text message to the general prosecutor and said he would submit a criminal complaint for false accusation, SITA wrote.

Šufliarsky moved to another section

Following his conversation with Šufliarky, Čižnár accepted his resignation on April 2, as reported by the TASR newswire.

Čižnár has several candidates to choose the next deputy general prosecutor from, Predajňová added. He will meet them in the upcoming days.