Witnesses and victims are encouraged to report hate speech and hate crime to one of several resources available to them. 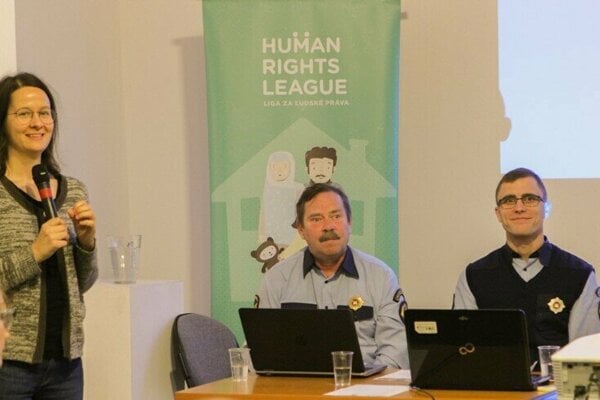 A small capital nestled in the heart of Europe, Bratislava is often considered a safe city by citizens and visitors alike. However, after the shocking murder of Filipino expat Henry Acorda on Obchodná Street in May 2018, a darker truth came to light:

Bratislava is no stranger to hate crimes. 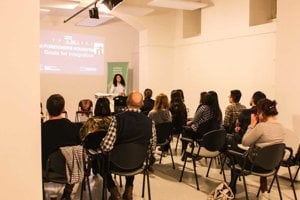 Read also:How can we improve the integration of foreigners in Bratislava? Read more

Hate speech is often a precursor of hate crime, and during the Human Rights League’s third roundtable for foreigners on March 28, it was the main topic of discussion.

“The goal of this roundtable is to help people realise that hate speech is a criminal act that’s worth reporting,” Zuzana Števulová, Director of the Human Rights League, told the Slovak Spectator.

According to the European Commission against Racism and Intolerance (ECRI), hate speech “covers many forms of expressions which spread, incite, promote or justify hatred, violence and discrimination against a person or group of persons for a variety of reasons.”

Hate speech leads to a hate crime when “a criminal offense is committed with a bias motive.” Perpetrators of hate crimes intentionally target those with protected characteristics or markers of a group identity. These include:

In order to minimise fear among foreigners of the Slovak authorities while giving a human face to hate speech and hate crime statistics in Slovakia, both foreigners and members of the city and state police were invited to participate in the roundtable.

“It increases mutual trust between foreigners and the police,” said Števulová.

A representative of the National Criminal Agency (NAKA) asked participants to explain the difference between radicalisation and extremism. Both terms, which are strongly associated with hate speech and hate crime, are often confused with one another but can be defined as follows: Radicalisation is the process of causing someone to adopt radical positions on political or social issues that often leads to extremism (the act).

NAKA, which has a separate division for extremism, is responsible for investigating suspected hate incidents in Slovakia. However, their biggest challenge is defining and establishing the difference between freedom of speech and hate speech. The NAKA representative also noted that “the fight against ideology cannot be won with repression,” and referred to the Far Right L’SNS Party’s continued attempts to use the double cross symbol, featured on the Slovak flag, as their party emblem.

Participants were then given small pieces of paper describing incidents of suspected hate speech and hate crime that occurred in Slovakia. They were tasked with determining whether they were indeed criminal acts based on a bias motive. Some were more obvious examples of hate crime than others, including the infamous incident in which a Slovak woman lit a Quran on fire and urinated on it in public in front of the Slovak flag.

When investigating whether or not a hate crime has been committed, NAKA looks for the following characteristics:

However, the representative stressed that if the victim or witness is uncertain of whether or not a hate crime or incident of hate speech has been committed, they should still report the incident as it is NAKA's job to determine the difference.

Where to report hate crime/hate speech in Slovakia

The Municipal Police of Bratislava do not cover penal law or conduct investigations, but they do patrol the streets and can relay necessary info to the state police.

Following the murder of Henry Acorda, Obchodná Street has been heavily patrolled by the Municipal Police. In about two months, a permanent workplace, which will be open 24 hours a day and accessible to the public, will be installed on Obchodná Street.

Although hate speech and hate crime is a continuing problem that can't be tackled in one evening, Števulová stressed that we all play a part in identifying and preventing it.

"Witnesses have an important role in prosecuting hate crimes, so we must always speak up," she concluded.