The European Commission's decision comes at a time when retailers are supposed to pay a special levy for the first time. 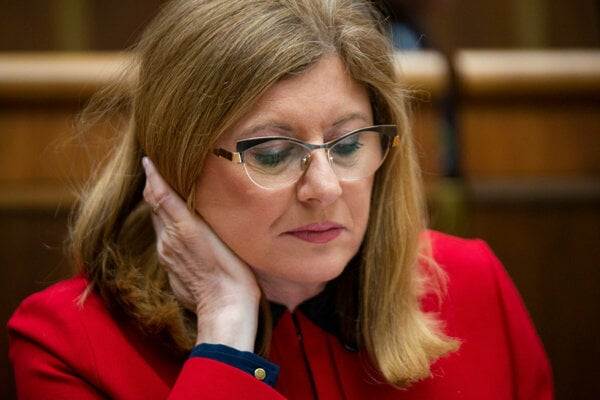 The European Commission has issued an injunction requiring Slovakia to suspend the application of a special levy on retailers, which came into force in January 2019. 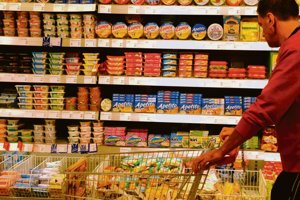 The first payment would have been due by the end of April 2019.

The EC also opened an in-depth investigation into a tax on the food retail sector in Slovakia on April 2. It has concerns that certain exemptions from the tax give some retailers a selective advantage over their competitors, in breach of EU State aid rules, as it stated in a press release.

“With the EC defending the large, rich and strong, it was able to send Slovakia a response within an incredible three working days,” Agriculture Minister Gabriela Matečná (SNS nominee) responded, criticising the decision.

The Agriculture Minister went on to condemn the EC for its sluggish decision-making efforts in issues such as dual food quality and unfair retail practices.

Meanwhile, SNS head Andrej Danko announced he would not amend the law but rather scrap it completely.

“In the following minutes, I will prepare a draft bill to abolish the levy,” he said, as quoted by the TASR newswire.

Why is the levy problematic?

As the EC wrote, the law introducing the special levy enables to fully or partially exempt food retailers from the payment of the tax, if they fulfil one of several conditions concerning their size, geographic scope of operation in Slovakia and/or type of activities. Furthermore, retailers that are members of trading alliances or franchises would not pay the tax either, despite the fact that their combined turnover is comparable to that of the largest retailers.

As a result, only seven food retailers would have to pay the tax, with six of them being owned by companies based in other EU member states. The only Slovak-owned retailer subject to the tax would have a significant part of its turnover exempted, according to the EC.

“Slovakia did not announce the tax to the Commission,” the press release reads. “The Commission started to look into the matter following information it received from stakeholders. In December 2018, the Commission also received a formal complaint alleging that the Slovak retail tax is in breach of EU State aid rules.”

The EC should initiate an investigation into who decided on the suspension of the special levy in Brussels and how, responded Matečná. She believes the EC has succumbed to the lobby.

“We will ask the EC to launch an investigation into which officers made the decision and which lobbyists they met before,” Matečná said.

In addition, the ministry has not received any explanation as to why the EC has taken this step, Matečná claimed. Besides, it is unacceptable for the EC gives information to transnational lobby groups almost two months sooner than to member states, the Agriculture Minister maintained.

Food prices did not rise

The ministry also refutes the claims that food prices increased due to the special levy. 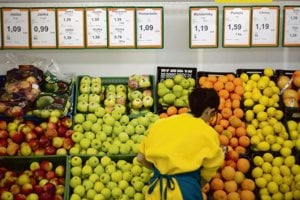 Read also: Extreme rise in food prices: Who and what to blame for it? Read more

“Food prices have been increasing for years because of transnational retailers, which destroyed independent shops, our food producers, and flooded us with goods from abroad,” SNS MP Eva Antošová said, as quoted in the Agriculture Ministry's press release.

At the same time, Matečná admitted to having shopped at the end of March. She will do the same shopping a month later and compare food prices in public. This is her way of convicting the media, opposition and analysts for spreading misleading information on the increase of food prices.

“I want to inform the public today that food prices are decreasing from April 1,” Matečná said, as quoted in the press release. She is calling on retailers to lower the prices of food products by a special levy, which has not been paid yet.

The levy will be scrapped

Danko pledged to scrap the levy during his press conference on April 2. However, if food prices do not fall, he is ready to ask the finance minister for stricter tax controls for the transnational retailers in Slovakia, which were to pay the special tax.

“Retail chains may have won the battle, but they haven’t won the war against the state,” Danko said, as quoted by TASR. “I am convinced we must check their financial reports more thoroughly.”

He went on to say that only one sentence could be changed in the law to comply with the EC’s requirements, but he does not want to fight with retailers anymore, TASR wrote.

The EC suspended the levy because Slovakia did not tax the Slovak retailer COOP Jednota in the same way as it did for transnational retail chains, Danko claimed, as reported by TASR.

His SNS party submitted a proposal to scrap the levy for the parliamentary session on April 3. The MPs agreed that it will be discussed in a fast-track procedure during the ongoing session.

If they pass its cancellation, the EC will have no reason to investigate the levy, the Sme daily reported.