The first Ryanair flight takes off from Košice airport

Passengers can now travel from the eastern regional capital to London. 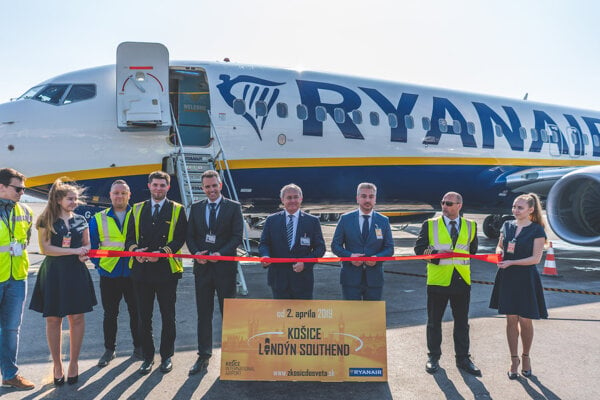 The Irish low-cost airline Ryanair has added Košice to its 237 destinations after launching its first flight at the international airport in this eastern Slovak city on April 2.

"Ryanair is pleased to officially launch our first ever Košice route to London Southend, which will operate three times weekly as part of our summer 2019 schedule," said Denis Barabas, Ryanair's deputy manager for central Europe and Balkans, as quoted in a press release.

Read also: Where to fly from Bratislava in summer 2019 Read more

The company will operate flights to London three times a week, on Tuesdays, Thursdays and Saturdays. London Southend, located at the coastline of Essex, is considered one of the fastest growing regional airports in Britain.

In addition, customers will reach London's Liverpool Street station by train within 50 minutes.

"The new flight route is good news for our region in terms of the development of businesses and tourism," said Rastislav Trnka, governor of the Košice Region, as quoted in the press release.

He hopes the latest cooperation will attract foreign investors, too. 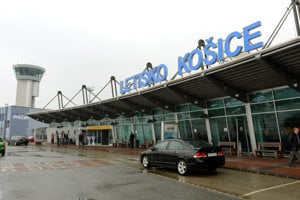 Ryanair is already the seventh airline to offer its services in Košice, hoping to deliver more than 50,000 passengers through the city in 2019. So far, Austrian Airlines, Czech Airlines, Eurowings, LOT, Turkish Airlines and Wizzair have operated flights from Košice.

"We are glad to play an important role in the development of Košice city and region," added Michael Tmej, chairman of the board of the Košice airport, as quoted in the press release.

Košice airport is the second largest in Slovakia, enjoying a good location with no international airports nearby. In 2018, more than 500,000 passengers flew from the airport.