The ban on singing national anthems may be cancelled 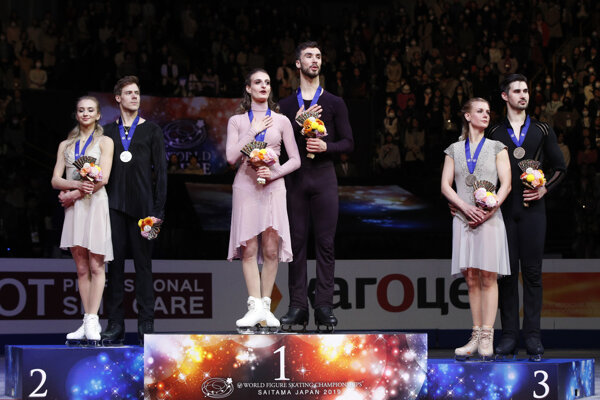 It seems that the ban on playing or singing the national anthem of another country in Slovakia will not be put into force after all.

After Martin Dubéci from Progressive Slovakia informed the public about the planned change in a status on his Facebook account, the coalition parties have promised to correct the provision.

The law, which is to become effective as of mid-May, was authored by the Slovak National Party (SNS).

The main reason for the SNS proposing such a change were the new ice hockey team's jerseys. Instead of a state symbol, they sport a logo showing ice hockey sticks that are only reminiscent of the state symbol, Dubéci pointed out.

“However, the amendment contained another item that unnecessarily opened up the ethnic card,” he continued.

Being able to sing their national anthem is an important ritual for the Hungarian minority living in Slovakia when they celebrate state holidays or perform religious rituals, according to Dubéci.

“It is an organic part of their culture that we have now drastically interfered with,” he added.

It is also very unfortunate that another ruling party, Most-Híd, allegedly voted for the amendment by mistake, Dubéci wrote.

“I would be very glad if similar affairs were solved sensitively, in a normal and modern way, and if we respected one another,” he continued. “Such SNS-style nationalism belongs in the past.”

Béla Bugár, chair of the junior coalition party Most-Híd, admitted that they made a mistake. MPs are now ready to correct it at the May session, the SITA newswire reported.

He reportedly also spoke with President Andrej Kiska, who has promised to veto the change and return the amendment to the parliament, Bugár told the April 5 press conference.

Chair of Most-Híd’s caucus Tibor Bastrnák meanwhile described the situation as “a series of misunderstandings”.

“Such mistakes can happen, and it happened to us for the first time, for which we apologise,” Bastrnák said, as quoted by the Sme daily.

He allegedly did not notice the change concerning the anthems, and neither did the MPs sitting in the parliamentary committees who approved it, Sme wrote.

Most-Híd also stated on social media that its MPs voted for the amendment by mistake and they would do everything to ensure that “this nonsensical limitation is not put into effect”. They had already informed coalition partners about it.

“It is important to be able to sing the anthem of one's choice,” stressed Most-Híd.

President Andrej Kiska has not signed the change yet. He will comment on it only after he has read it.

Meanwhile, another party representing the Hungarian minority, the non-parliamentary Party of Hungarian Community (SMK), wrote a letter to Kiska, asking him not to sign the law. The party is also calling on Most-Híd MPs to give up their mandates, Sme wrote.

Bugár discussed the amendment with the coalition partners, who have also promised to correct the provision. The law comes into effect on May 15, which means they still have time to solve the problem, he added, as reported by SITA.

As he specified, the ban to sing the anthems of other countries should be applied only during red-letter and commemorative days, as reported by the TASR newswire.