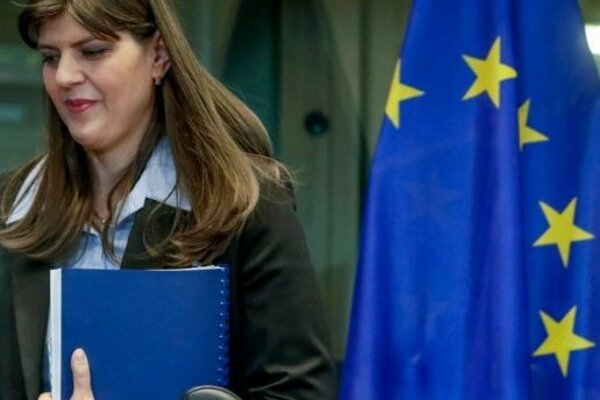 They voiced their support in an open letter sent to the EU Council.

They also remind the EU Council of their personal experience, underlining that the rule of law is in decay in Slovakia and Malta.

“The impunity with which attacks on the press too often occur encourages further violence against journalists,” the families claimed.

The letter was published by Romanian MEP Cristian Preda on Facebook on April 4, when the third round of talks between the EU Council and the European Parliament regarding the appointment of the first EU chief prosecutor took place.

Kövesi is the most qualified

Both families write that Kövesi is the “most qualified” candidate, made of the same mould as Galizia and Kuciak.

“We call on the Council to choose the bravest and most distinguished candidate for the job,” the letter reads. Kövesi has proven that she can bring charges forward in her own country, the families claim.

However, the Romanian government strongly opposes her appointment as the EU's Public Prosecutor. In addition, Kövesi has also been accused of corruption in Romania, which could affect her chances of winning the office, the Romania Insider website reported.

“Kövesi knows what it takes to prevent more murders of journalists who investigate corruption, money laundering and serious tax fraud,” the families of the murdered journalists maintain in the letter.

Chips in the game

The families call the negotiations over new EU chief prosecutor a political bargaining in the letter.

“Money laundering and the corruption of national authorities are a serious matter in cross-border security, which cannot be subject to political compromise,” the families also point out.

Appointing someone other than Kövesi would signal to Europeans that the EU does not see the protection of fundamental rights as its priority, they claim.

While the EU Council is trying to get through its own candidate, Jean-Francois Bohnert from France, the European Parliament has said that Kövesi is the best candidate to lead the future European Public Prosecutors' Office (EPPO).

“We are victims of the failure to stand against corruption, leading to car bombs and bullets to the head,” the families write at the end of the letter, calling on the Council to protect brave people, including journalists.