Ukrainian students to demand freedom for Oleg Sentsov in Bratislava

The play “Missing Director” calls on Slovak officials to act in the case of the imprisoned director. 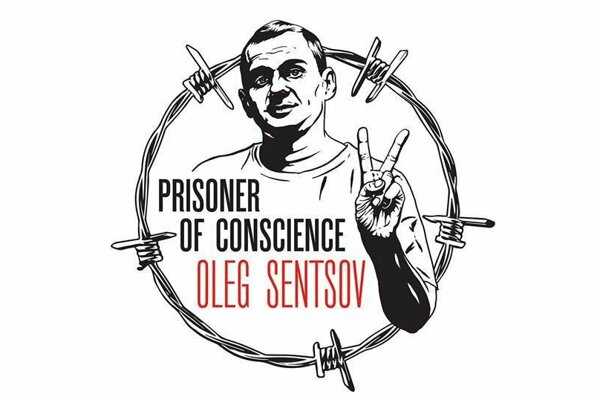 Students of the Ukrainian Leadership Academy will walk out to Bratislava's Main Square on April 11, to demand the release of Ukrainian film director and political prisoner Oleg Sentsov.

The students, who are now visiting European countries, including Slovakia will not hold a protest. Instead, they will perform a street play titled “Missing Director” to support Sentsov, who was arrested in 2014 in Crimea. It will start at 11:00.

During the act, about 20 performers will freeze for several minutes, the students informed in a press release. 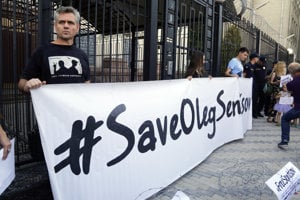 The performance is part of the global action #SaveOlegSentsov. Performances will take place in Prague, Brussels, Paris, the Hague and Berlin, as well.

“Ukrainian director Oleg Sentsov and more than 97 Ukrainian citizens are now illegally detained in prisons in Russia and occupied Crimea,” said Nikita Mekenzin, a chief organiser of the play, as quoted in the press release. “With this action, we will emphasise to the Slovak people that prisoners are still being captured and the pressure on the Russian Federation needs to remain strong until all prisoners are free.”