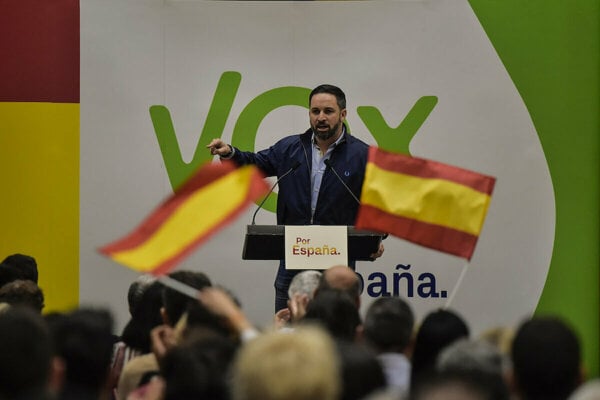 The wild card in this weekend’s Spanish election is the far right Vox party, and they are a perfect example of how fringe parties now dominate political debate.

To anybody tuning into a Spanish election campaign for the first time, it would seem that the Catalan region’s bid for independence was the country’s biggest political issue. Candidates for prime minister battle one another to show how much stronger they will confront the separatists. But just 3.7 percent of people view Catalonia’s bid for independence as the most important issue facing Spain, well behind unemployment (39.5 percent), political parties (12.8 percent), corruption (11 percent) and general economic problems (8.2 percent), according to the Madrid-based Center for Sociological Investigations (CIS).