Slovak students will help the simulated mission to the Moon

They came up with a project using hair as a fertiliser that enables plants to be grown on the Moon. 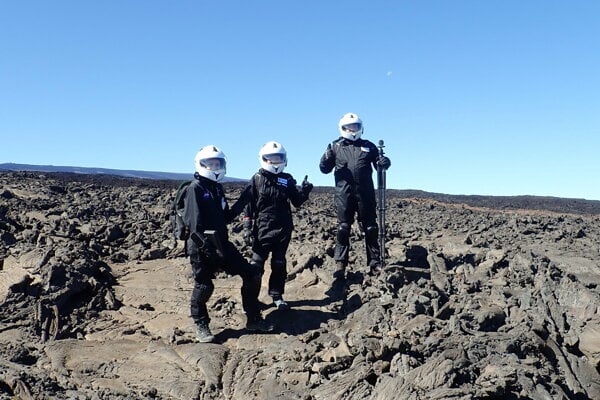 The idea of using hair as a fertiliser on the Moon, which won the Mission Mars competition last year, was born in the heads of Slovak secondary school students from Skalica (Trnava Region).

Their project, which an international crew tested during a simulated mission in Hawaii this February, will assist in constructing a base on the Moon within the following decade, as written in the Slovak Organisation for Space Activities (SOSA)'s press release. 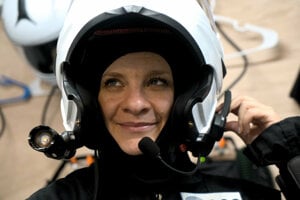 An eleven-metre-wide space, built at 2,500 metres above sea level, shared by an international team on the Mauna Loa volcano in Hawaii. This is what the environment, in which the team had to operate, looked like during the simulated mission to the Moon, led by Slovak astrobiologist Michaela Musilová.

The terrain of the Hawaiian volcano resembles the terrain on the Moon and Mars , including its lava tubes. It is these tubes, in fact, which may serve as a base on the Moon, as written in SOSA's press release.

However, Slovak students Patrik Jozefovič, Tomáš Štrba, Ivan Čermák, Monika Klásková, Patrik Modrovský and their teacher Zuzana Formánková came up with the idea to use hair as a fertiliser to grow plants on the Moon.

“Thanks to this, we managed to collect a sufficient amount of materials to grow spinach,” said Musilová, as quoted in the press release.

The findings of the experiments during the mission are to contribute to the construction of a base on the Moon, under the auspices of International Moonbase Alliance (IMA). It groups space agencies, firms, and universities around the world.

The base prototype is to be built in Hawaii in the next two years and will be called Mahina Lani (a paradise on the Moon).

The Slovak University of Technology in Bratislava (STU) and universities in Hawaii and Amsterdam also took part in the simulated mission in February, the press release reads.