Freedom and safety of journalists is key

Press freedom and safety are of the utmost importance for the work of journalists, the Slovak Press Publishers' Association wrote in its statement marking the 2019 World Press Freedom Day on May 3.

The association used the occasion to point to the illegal surveillance of journalists that the media has recently reported, calling it unacceptable in a democratic society. 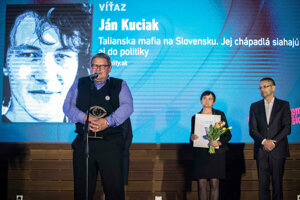 "Verbal expressions and attacks by politicians undermining the trust in the media and in the journalists' work, are equally undesirable," their statement reads, as quoted by SITA.

The association also repeated its concerns about the latest development with regard to the media laws. They object to the Press Code amendment recently proposed by Smer MPs. 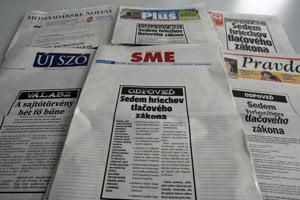 Read also:Politicians should not decide on media content Read more

The Embassy of the UK with the Office of the Embassy of Canada in Slovakia published their own statement, honouring the work of journalists across the globe. Media freedom is the lifeblood of democracy.

"Last year was the worst year on record for violence and abuse against journalists worldwide," their statement reads. "Tragically this touched lives here in Slovakia, and we remember with deep sadness the loss of Ján Kuciak and Martina Kušnírová. In this regard, we welcome the ongoing efforts to bring the perpetrators of these terrible crimes to justice."

In July this year, the UK Foreign Secretary Jeremy Hunt and Canadian Minister of Foreign Affairs Chrystia Freeland will jointly host the first Global Conference for Media Freedom in London.