Discover a charming Renaissance castle and its monumental library with 30,000 works in Oponice. 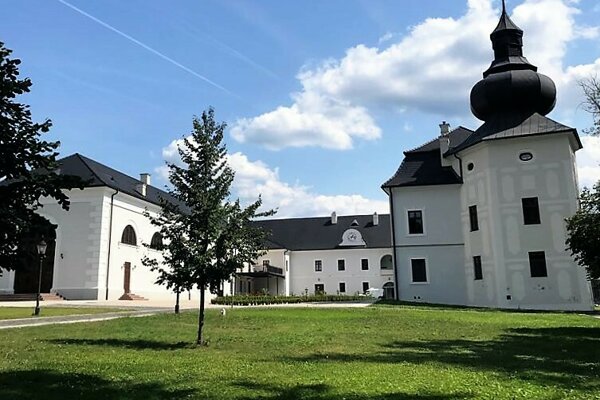 Its production takes 6 hours; each 112 seconds a vehicle leaves the production line.

In 2018, Jaguar opened a production site in Slovakia. Its story started during a secret meeting near the Romanesque St. Michael Archangel Church towering on a rocky hillside in Dražovce, a village next to Slovakia's oldest town, Nitra.

A Land Rover Discovery is standing in front of the production site, below the church. An open door invites us to come in and experience our Slovak version of Woody Allen Gil's Midnight in Paris.

A peek into history

In Nitra, Svätopluk I, a ruler of Great Moravia, greets us and complains about his angry sons. He seeks peace in a very romantic place in the forest of the Tríbeč Mountains. There he hid treasure ready to be discovered when the people of Slovakia need it most, he whispers this secret to us.

God be praised, the Mongols have finally withdrawn! We listen to the words of Hungarian King Belo IV and his ambitions plans. The 13th century saw a huge building boom. After the Mongols destroyed everything, Belo IV managed the construction of a beautiful castle in this place.

While it escaped the Turks, it was almost destroyed by a woman called Anna, who organised the theft of its treasures from the Teres tower.

Later, we hearken to a poet Eloise Beutel, who characterised it as a “Jewel of Hungary”: “A place where writers, poets, painters or sculptors met to capture the spirit of time, the uniqueness of the moment, the beauty of nature, the old manor and the romantic ruins of the old castle.”

We continue to admire a charming Renaissance castle, where we, at the table, discuss with Anton George Apponyi his passion for art and education, and for the Medici and Fugger period.

And, for books. He is proud of Biblioteka Apponiana and its 30,000 works. Even the enlightened Queen Maria Theresa would love it. Everywhere we look and everything we touch, we can feel the love for books. Amazing!

Henry Apponyi greets us from afar. He just finished his Oxford studies and has guests. 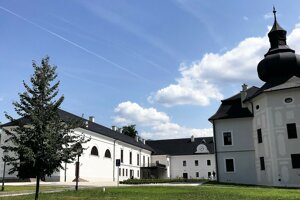 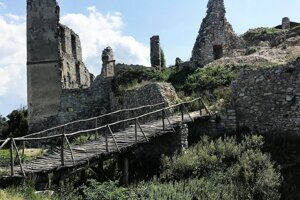 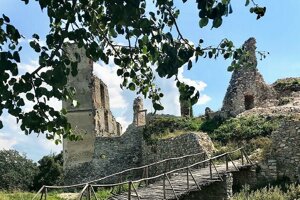 A trip to Oponice (5 photos)

Sitting in front of the fireplace in the library in this mysterious room, the thirteen's chamber of the manor house, the brothers of American president Roosevelt read the works of Aristotle, Plato, Newton, Machiavelli, Galileo, and Goethe.

And on the billiard table, a French singer, Josephine Baker, dances and sings, after tasting the wine from the local vineyards, established in the 13th century.

In the gorgeous English park, Geraldine Apponyi, the “White Rose of Hungary”, walks in discussion with the king Zog I. Later, she becomes the Princess of Albania.

Where is the village of Oponice?