He was one of the last world champions from 2002 to play for the representation. 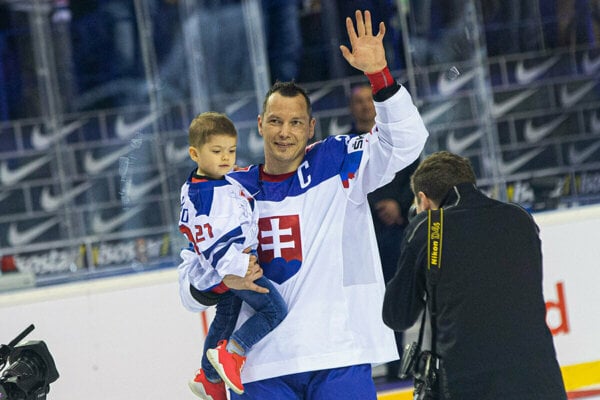 The May 21 match against Denmark was not only the last one for Slovakia’s national ice hockey team at this year’s world championship. Experienced player Ladislav Nagy bid farewell to his career, wearing a jersey with the letter “C” for captain for the occasion.

One of the last members of the so-called golden ice hockey generation really had a grand farewell since he was one of the two players who scored during the shootouts in the victorious match against Denmark, the Sme daily reported.

A symbol of devotion and experience

Nagy played a total of 122 matches for the representation, scoring 36 goals. He participated in two Winter Olympics and eight world championships.

“He is one of the best players Slovakia has ever had,” said Andrej Sekera, who was the captain of the team this year, as quoted by Sme.

Coach Craig Ramsay called him a champion with an exceptional career.

“It’s both sad and exciting to be at its end,” he added for Sme.

For Ramsay, Nagy is a symbol of devotion and experience.

Although Slovaks started this year’s championships with a great victory over the US, they did not fare well in the matches against other strong rivals. They lost games against Finland, Canada and Germany, and finished fifth in the preliminary group with 11 points.

As for the whole championship, they placed ninth. 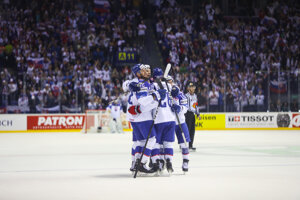 Read also:Slovakia bids farewell to the championship with a victory Read more

“I didn’t want to end like this,” Nagy said, as quoted by Sme. “I wanted to go to Bratislava. Everybody says we played well, but our goals were more ambitious.”

However, Košice’s Steel Arena prepared a nice farewell for Nagy, since the fans were chanting his name.

“It’s something unbelievable, but every match here was fantastic,” Nagy, who played for the Košice ice hockey team in the national competition, told the public-service broadcaster RTVS. “We’ve got the best fans. You were fantastic. We wanted to advance to other rounds, and it’s a pity we failed. Thank you for your support.”