Acorda case: Justice is not about draconian punishment

Alcohol is not a mitigating circumstance but in this case it resulted in reduced sanity. 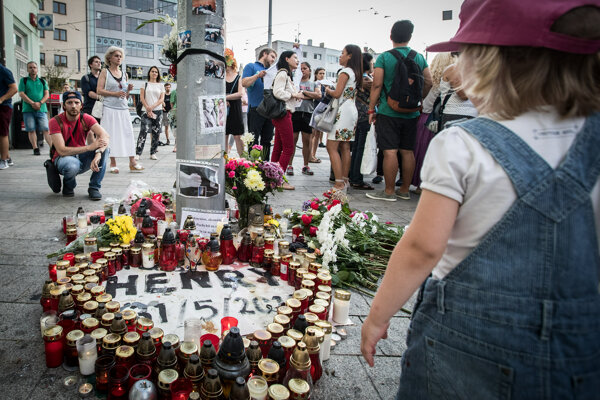 On May 31, one year will have passed since Henry Acorda, a Filipino expat living in Bratislava, succumbed to the injuries he sustained in a street attack a few days before.

The process with the man who killed him, Juraj Hossu, was closely watched from the very beginning. The public was shocked to see the video of the incident, captured by street cameras. The video showed Hossu as he kicked and slapped Acorda even after the latter collapsed to the ground. The attacker was also seen stepping on the chest of Acorda and taking photos of him with his phone. People were outraged to learn that the prosecutor did not order custody for Hossu when he was first detained.

The recent six-year prison sentence for Hossu provoked negative reactions among the public.

“It is too low,” Oliver Burias, Henry Acorda's close friend, shared his opinion with The Slovak Spectator. He said that the Filipino community in Slovakia was expecting more.

On social networks, Slovaks contrasted the verdict to how people were punished in other cases: a young intoxicated ice-hockey player who kicked a police officer and broke her leg, received eight years in prison. A 24-year-old man from Košice who was repeatedly detained for holding marijuana faces ten years inside.

Lawyers say that even in publicized cases, courts need to deliver justice based on laws and facts rather than people's feelings.

Even though many would like to see a harsher punishment for Hossu, Zuzana Števulová, a lawyer with the non-governmental Human Rights League, noted that an exemplary punishment for the perpetrator is not a way of dealing with the case. The court considered all the circumstances, not only against the perpetrator but also in his favour.

“Justice is not based on delivering draconian and exemplary punishment, but also on a just decision,” she told The Slovak Spectator.