The Slovak film reminds people how easy it is for totalitarianism to take over, and it was only a conflict between communist leaders that allowed it even to be made. After the Prague Spring, the movie was banned. 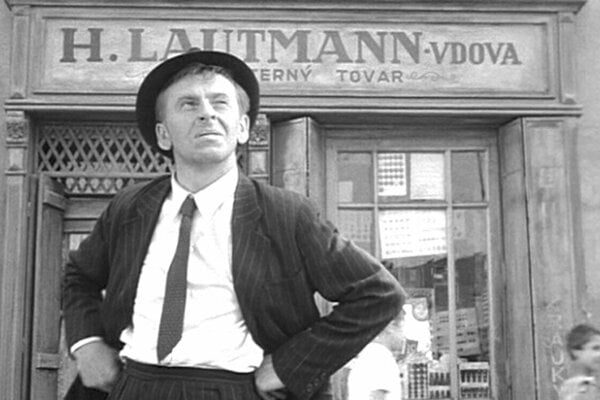 Jozef Kroner in the role of carpenter Tóno Brtko in The Shop on Main Street film. It won an Oscar in 1966. (Source: MAGAZIN.REALFILM.CZ)
Font size:A-|A+  Comments disabled

When he learned that The Shop on Main Street (Obchod na korze) received a nomination for a prestigious Oscar, he decided to travel to America and represent Czechoslovakia.

Legendary actor Jozef Kroner, who portrayed "Aryan overseer" and carpenter Tóno Brtko in the film, got four suits tailored for the Oscars. It cost him 17,000 Czechoslovak crowns, which was a huge amount of money in the sixties.

In the end, however, the Czechoslovak communists did not allow him to leave for America, and he was left behind at the airport, tailored suits all packed.

The only Oscar-winning film from Slovakia

The Shop on Main Street remains the only Slovak film awarded the prestigious statuette. The win in the best foreign language film category occurred over a half century ago, in 1966.

It was, however, a great success that the film was made at all, considering the conditions of the country at the time.