Blog: Life abroad taught me that it’s okay to dream

Martin Luteran, the founder and rector of the Collegium of Anton Neuwirth, was inspired abroad to catalyse a change in Slovak social norms. 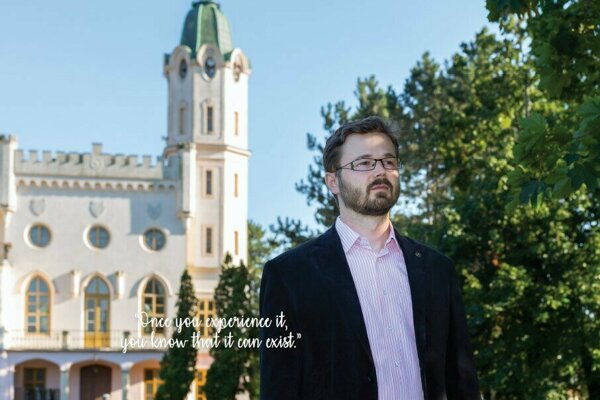 I spent five years abroad. When I returned to Slovakia, I set up Collegium Anton Neuwirth.

I got the idea while I was studying in Oxford

Seeing and experiencing life at the college inspired me to imagine what it would be like to have an institute like that in Slovakia. Once you experience it, you know that it can exist.

The main obstacle was that it was foreign to our culture

Read also:Slovak migrant shares the stories of other migrants to understand her ownRead more

There were a lot of practical blocks in people's minds. Namely that I would never raise enough money. But when someone says you can’t do something, that it is not possible, it’s not a valid enough argument.

How will you know if you never try?

In the end, I did raise the money. I went to a couple of fundraiser training events run by Americans and I implemented what I learned. It proved that when there is a will, there is a way.

It was all about being grey and average. If you came up with a new and different idea, the other people automatically discouraged you from it. Abroad, I gained exposure to a different attitude. Life abroad taught me that it’s okay to dream. I experienced a culture of support that showed me that dreams can be fulfilled. That is, if you have the discipline to work on them. Today, we take many of our students to Oxford. We do this to show them that what they are experiencing with us in Slovakia is not crazy, but actually quite normal in other parts of the world. 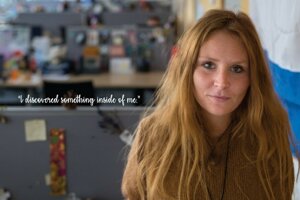 Read also:Blog: Abroad, I discovered something inside of meRead more

A person who has a vision, shares it with others and implements it for the good of society. But in Slovak, the word for leader is 'vodca'. It is unfortunate, because it has a connotation to the German 'führer', which is very much connected with Hitler.

In Slovak, we are trying to coin a new term ‘inšpirujúca osobnost’ (’inspiring personality’)

One way we learn is by imitating others. That is why a big part of our program is introducing our students to other inspiring people. This is what all these new organizations are trying to do; to show young people that a different way is possible.

I do not believe in chance. There is a reason why you were born here

If you have an attitude that once you go abroad, you are the best and everything in Slovakia is terrible, what’s the point? Where you were born is not something that you can change. It is something that was given to you.

When you live abroad and see something good, try to find ways to bring it home

You will be surprised by how many people it can benefit. Again, one example can lead to other examples and eventually catalyse a change in social norms.

One person cannot do it alone, but you can start by inspiring others