Čaputová introduced the first members of her team. Who are they?

President-elect Zuzana Čaputová introduced the first three people who have agreed to join her in the Presidential Palace on Facebook. 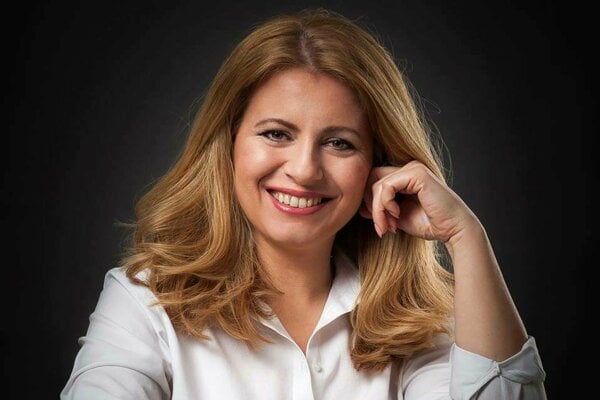 President-elect Zuzana Čaputová not only used social media during her presidential campaign; she decided to post the first three names of her team on Facebook, as well.

Political commentator and journalist Marián Leško, journalist Martin Strižinec and environmentalist and Greenpeace activist Juraj Rizman will all join her in the Presidential Palace.

Although President Andrej Kiska often uses social media, he announced the names of his advisers on the radio back in May 2014, the TASR newswire wrote. Čaputová is therefore the first president-elect to use Facebook for such a public announcement.

“In this way, I will be gradually unveiling other names for my priorities to you, including representatives of minorities, in the following weeks,” she wrote on Facebook.

Leško, who has worked for years as a journalist for the Pravda and Sme dailies and, currently, the Trend weekly, will serve as Čaputová’s advisor on home affairs.

“I was thinking about whether I was fed up with journalism after 37 years,” Leško told the Denník N daily. He no longer felt writing articles every day was satisfactory for him, he added.

Leško has worked until now as a political commentator and has often been invited to televised discussions to comment on the various types of elections. In addition, he has collaborated with the Stop Corruption Foundation.

“I have long observed her, and we have known each other for a long time,” Leško explained to Denník N why he accepted Čaputová's offer. “Our profiles are compatible.”

Just like Čaputová, he is also a strong critic of the ruling party Smer and its head Robert Fico.

“I deeply appreciate that Marián Leško, who knows Slovak policy better than anybody else, has accepted my offer,” Čaputová wrote on Facebook.

Strižinec, who has worked in media since 2001, including Radio Expres, the private news channel TA3 and public broadcaster RTVS, will become Čaputová's spokesperson.

“I’m glad that Martin Strižinec has decided to become my spokesperson,” Čaputová posted on Facebook.

Strižinec was, in fact, surprised by the offer and had to discuss it with some other people, whose opinions matter to him, Denník N wrote.

“This offer brings along a big chunk of responsibility. It is a big commitment, a challenge,” he told Denník N.

In November 2018, he was one of the people that made a speech at the For a Decent Slovakia protest, criticising the current coalition.

Čaputová also extended an invite to Greenpeace activist Rizman to join her team. He will become her advisor in questions concerning the environment and third sector.

“We have collaborated for many years within Via Iuris [NGO], and I’m glad he will be in charge of the environment and civic society,” Čaputová wrote.

Rizman has been a member of the Government Council for NGOs, an advisory body of the Slovak government in the matter of civic society, since 2012. In 2017, he became the Top Spokesperson of the Year for the way he communicated during the civic campaign in support of the scrapping of Mečiar's amnesties.