International experts to check the completion of the Mochovce plant

They were invited by the energy generator, Slovenské Elektrárne.

The completion of the third and fourth blocks of the Mochovce nuclear power plant in Nitra Region will be checked by international experts.

The experts of the Operational Safety Review Team (OSART) and the World Association of Nuclear Operators (WANO) should come to Slovakia. However, the date is still being discussed, the SITA newswire reported. 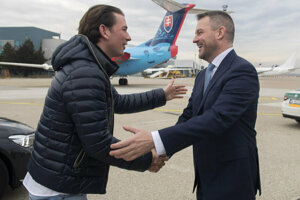 Read also:Austrian Chancellor Kurz demands that the nuclear reactor in Mochovce not be launched Read more

“The OSART pre-launching mission should take place after the completion of the planned international WANO expert review and before the fuel is fed to the third block,” said Miroslav Šarišský, a spokesperson for Slovenské Elektrárne, the country's dominant energy producer and the operator of the plant, as quoted by SITA.

Both the mission and the review will focus on several areas connected to the preparedness of Mochovce to launch the reactors, Šarišský added.

Missions are not something new

In the last five years, more than 10 international missions have been carried out.

“Both missions will be held upon the request of Slovenské Elektrárne, with the aim of ensuring sufficient feedback from international experts,” said Šarišský, as quoted by SITA.

He went on to say that the invitation of experts has nothing to do with Austria's demands.

Both reactors are nearly completed, the third block should launch next year and the fourth one a years later. The budget for the completion of Mochovce, which started in November 2018, currently amounts to €5.67, SITA wrote.