Bratislava has experienced several violent incidents in the past two days. 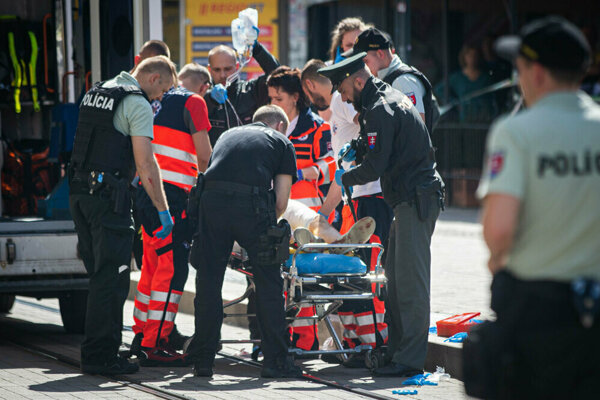 A 39-year-old man shouted offensive remarks at Kenyan citizens in the centre of Bratislava.

The offender verbally offended three men from Kenya, spit at them and wanted to fight them. The police detained him in the early morning on Saturday, June 1. His case is now being handled by the National Criminal Agency (NAKA). He is suspected of committing the crime of defamation of race.

The incident occurred only hours after another major incident surprised citizens of Bratislava. On Friday evening, there was shooting on Bratislava's Obchodna Street.

In the afternoon, the police received a report about a man who attacked a security guard at the Finance Ministry on Stefanicova Street with a knife. Still carrying his knife, he went to Obchodna Street where the police found him. He threatened the people on the street, including the police officers.

"The man continued threatening [people] with his knife. He was dangerous for his surroundings and for the police officers, which is why the police used their guns against him," the police reported, as quoted by the Sme daily.

After they fired shots at him, he also injured himself with his knife. During the shooting, the police also shot a 15-year-old girl.

The police report that the attack left one man in critical condition, while the other suffered light injuries. They are not allowed to provide any information about the girl, as she is a minor.

Moreover, the police also informed about another incident that occurred at Bratislava's Hurbanovo Square on Saturday at 7 am. A 28-year-old man attacked a 22-year-old deaf man, kicking him in the head. The man is in serious condition, according to Sme.