It is the first time since 2009 that Slovakia experiences a deficit in a month other than December and August. 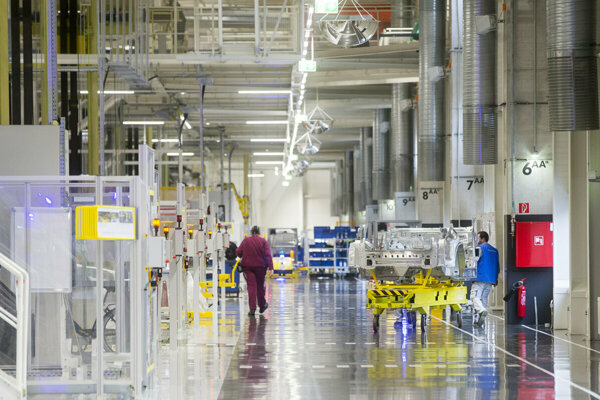 Slovakia imported more goods than exported in April. After the first three months of 2019 when Slovakia's foreign trade balance was in surplus, a change occurred in the fourth month where foreign trade development surprisingly turned around, as reported by the SITA newswire.

“The foreign trade balance was in deficit in the amount of €68.1 million,” the Statistics Office informed on its website. Last April, the balance was in a surplus of €233.4 million.

The negative figure surprised analysts, saying it is the first deficit since 2009 in a month other than December and August.

“Slovakia used to record negative foreign trade balance now and then in the past years,” said UniCredit Bank analyst Ľubomír Koršňák, as quoted by Sme. “But if it did, it was towards the end of the year, in December, and over the summer, in August.”

Car exports on the increase

Despite the April deficit, the Statistics Office adjusted the cumulative surplus for the first quarter of 2019 from €973.1 million to €1.033 billion, SITA wrote.

With regards to goods, machinery and transport equipment, including cars, increased by €1.572 billion in the first quarter. The total export of goods has increased, in the same period, by 6.9 percent and the total import by 7.3 percent from January 2019 as well, the Statistics Office reported.

Slovakia also went on to increase its total export both to the EU countries, by 4.2 percent, and to the non-EU countries, by 24.7 percent in the first quarter. To compare, the total import from the EU grew by 10.8 percent year-on-year, but it increased only by 0.6 percent from outside the EU.

At the same time, countries in the European Union remains to be the market where Slovakia most often exports to or imports from.

Also, surpluses in the foreign trade balance should increase, despite a negative April, due to new production capacities within the car industry, Koršňák added, as reported by SITA.

“New capacities in the automotive industry should also outbalance the weakening economic growth of our business partners,” said Koršňák, “and thus maintain the surplus in the year-on-year turnover growth in foreign trade.”